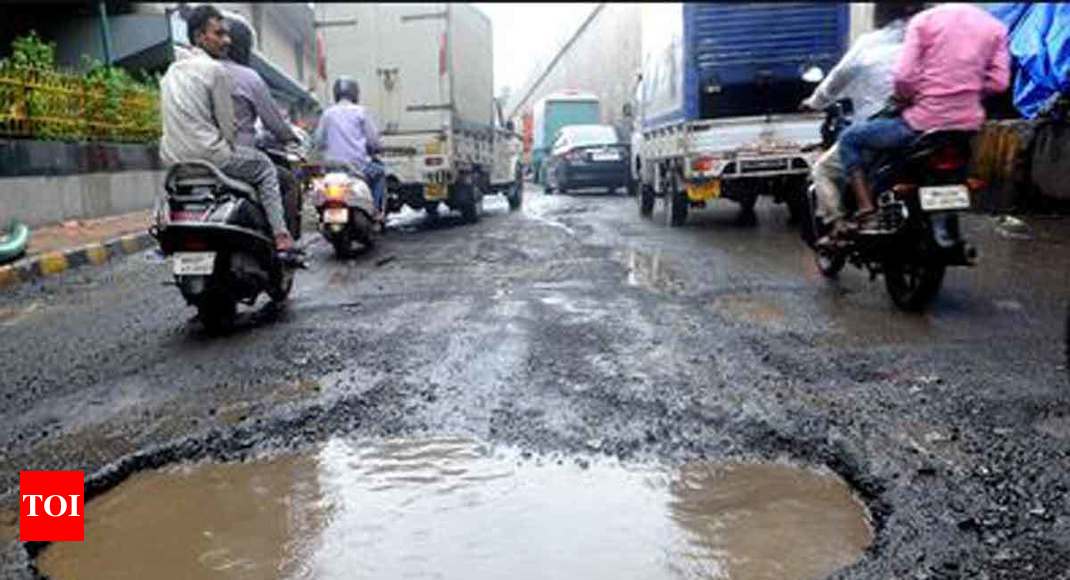 NEW DELHI: The Supreme Court on Friday expressed concern over road deaths due to potholes, saying that such fatalities were more than the number of people killed in terror attacks in the country.

Taking cognisance of a TOI report on Sunday (July 15) which pointed out how pothole-related accidents claimed 3,597 lives in 2017 in comparison to 803 in all terror and Maoist attacks during the year, a bench comprising Justices Madan B Lokur and Deepak Gupta asked the SC-appointed road safety committee to look into the issue and file a report within two weeks.

Referring to the report, the bench said, “So many people are dying in the country due to accidents caused by potholes on roads.

Reports say that more people have died due to accidents caused by potholes than deaths in terrorist attacks.” The panel, headed by Justice (retd) K S Radhakrishnan, has been asked to give suggestions on the measures needed to deal with the problem. Pothole-related deaths had increased by over 50% during last year compared to 2016.

The bench also observed that families of those killed in such accidents should be entitled to compensation. “It is frightening. It is about life or death,” the bench said.

The bench also dealt with the issue of compensation paid to the victims of hit-andrun cases. Currently, Rs 25,000 is paid to a hit-and-run victim in case of death and Rs 12,500 for grievous injuries.

The amicus curie said the Motor Vehicles (Amendment) Bill, which revises the amount of compensation to Rs 2 lakh for death and Rs 20,000 for injury in road accidents, was tabled last year in Parliament and it was passed by the Lok Sabha.

“Nobody can say that the government cannot give Rs 2 lakh for deaths and Rs 20,000 for injury in road accidents even if the bill is not passed or is pending,” the amicus curie said.