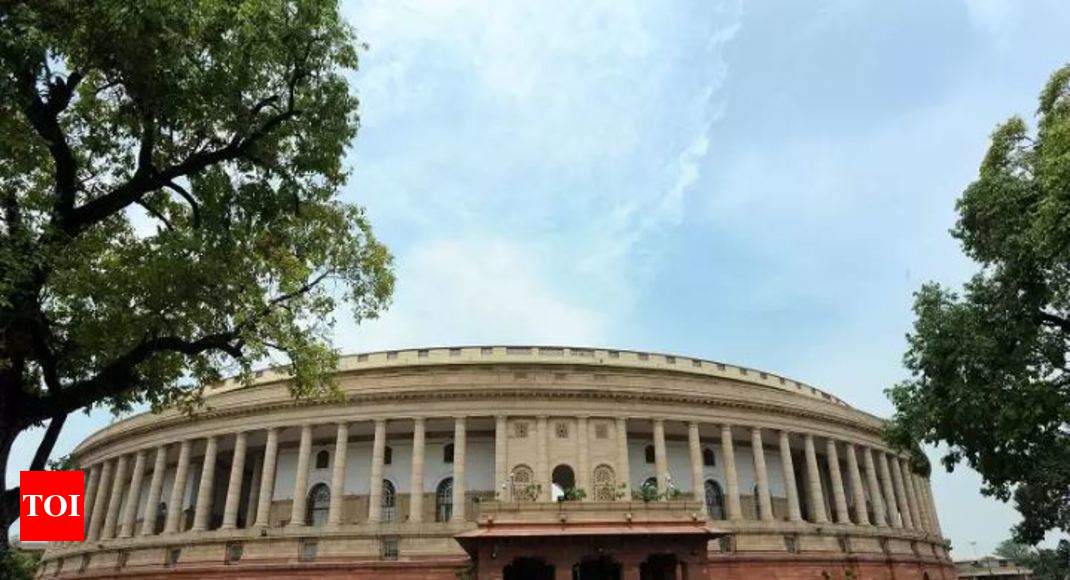 NEW DELHI: Lok Sabha proceedings began on a stormy note on the first day of the Monsoon Session today, amid sloganeering and protests in the Well even as the House went ahead with the Question Hour.

As soon as Speaker Sumitra Mahajan took up the Question Hour, members from Opposition parties, including the Congress wanted to raise various issues. Members from the TDP and the SP trooped into the Well.

An assertive Mahajan told members that issues can be discussed after the Question Hour. “I won’t allow…,” she said even as many members continued to raise slogans.

Members from the TDP, a former ally of the ruling NDA government, trooped into the Well with placards and were heard saying, “we want justice”. They demanded special status for Andhra Pradesh.

Some members from the SP were also in the Well as they sought to raise various issues but could not be heard in the din.

Standing at their places, many Congress members were also trying to raise certain issues.

Despite the din, Mahajan went ahead with the Question Hour.

Clad in a white kurta and pyjama, Modi took a round of the front rows of ruling and Opposition benches. He greeted members with folded hands and was also seen exchanging a few words with Samajwadi Party patriarch Mulayam Singh Yadav. Some members clapped when the prime minister walked into the House.

UPA Chairperson Sonia Gandhi and Congress President Rahul Gandhi were among those present in the House.

Mahajan announced that members would have Wi-Fi access inside the House through intra-net and can browse various government websites, among others.

The House condoled the death of many people in a bus accident in Uttarakhand and terror attacks in Afghanistan.

Mahajan expressed sorrow over the bus accident on July 1 that killed more than 40 people and injured many.

She also condoled the death of people, including 13 members from Afghan Sikh and Hindu communities, who were killed in terror attacks at Jalalabad in Afghanistan on July 1.

The Speaker also mentioned terror attacks during Eid-ul-Fitr celebrations on June 16 and 17 in Nangarhar province in Afghanistan.

“The House unequivocally and in strongest terms condemns these dastardly terrorist attacks and condoles the loss of innocent lives in these terror attacks,” she said.

Members also stood in silence as a mark of respect to the departed souls.