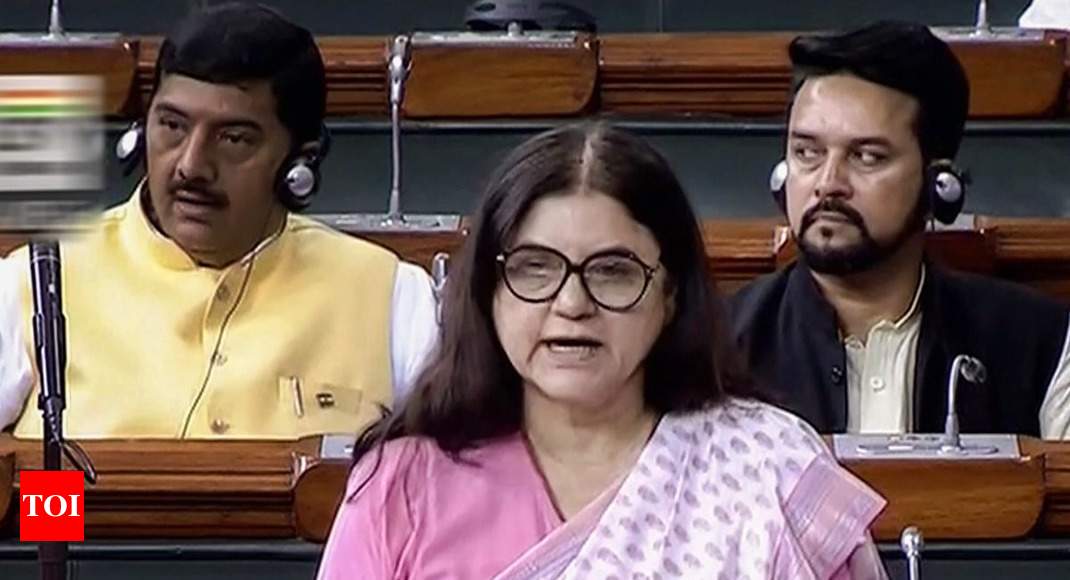 NEW DELHI: Lok Sabha passed a comprehensive law to contain human trafficking on Thursday with WCD minister Maneka Gandhi assuring the House that the legislation did not intend to harass sex workers and was “victim centric”.

The bill covers “aggravated” forms of trafficking for forced labour, child bearing, begging and marriage and lays down stringent punishment for those found guilty. The punishment for such crimes will not be less than 10 years imprisonment and may extend to life in jail and a fine of not less than Rs 1 lakh. Repeat offenders will face jail for the rest of their life and a minimum fine of Rs 2 lakh.

In a first, the bill rates offences like administration of hormones for early sexual maturity, exposing a person to life threatening illness like HIV and abetting a person to illegally migrate as “aggravated trafficking offences”.

Introducing the Trafficking of Persons (Prevention, Protection and Rehabilitation) Bill, 2018, in Lok Sabha, Maneka said the bill provided for attachment and confiscation of illicit assets born out of trafficking crimes.

The bill provides for confidentiality of victims, witnesses and complainants, time-bound trials and repatriation of victims. The law envisages setting up of a ‘National Anti-Trafficking Bureau’ under the home ministry to deal with all forms of human trafficking.

“This bill is not intended to harass those sex workers who are voluntarily in the profession. This is a bill that has a compassionate view of people who have been victims of sex racket,” Maneka said.

Justifying the need for the law, she said, “When 11-year-old Tara is trafficked from her village and sold into bonded labour, beaten and burnt by her owner, how do we save her? When she is sold to marriage to a 45-year-old man and raped every day for months, how do we save her? We have no institutions, no processes to do so. And today, if we are not passing this bill, we are choosing to deny Tara and all the millions like her fundamental right to life and liberty.”