People are drinking fewer diet drinks these days, and a panel of health experts agrees that’s a good idea. 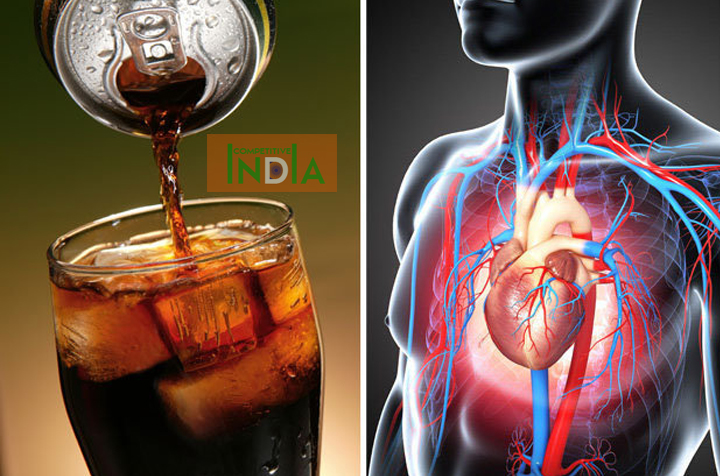 A science advisory from the American Heart Association (AHA) counsels against the regular and long-term consumption of diet beverages, particularly in children. Instead, the group of leading nutritionists, doctors and researchers urged people to replace sugary and diet drinks with plain, carbonated or unsweetened flavored water.

The committee spent two years combing through dozens of studies — some of which brought up associations between low-calorie sweetened drinks and weight gain, dementia, stroke and other health problems — and concluded that the science was still too fuzzy to draw hard-and-fast conclusions about the health effects of diet drinks.

“There’s not a huge body of literature, either observational or clinical trials,” said the writing group’s chair, Rachel K. Johnson, a professor emeritus of nutrition at the University of Vermont. “Based on the evidence available at this time, this is the best advice we have.”

The advisory acknowledges the reality that many people might use diet drinks to wean off sugar-loaded drinks if they feel they can’t make the wholesale leap to water. “This approach may be particularly helpful for individuals who are habituated to a sweet-tasting beverage and for whom water, at least initially, is not a desirable option,” the report said.

Encouragingly, the report’s writers pointed to federal data based on self-reported surveys showing adults and young people already are drinking less of both sugary and diet drinks.

In 2006, adults drank an average of about 5.6 ounces of low-calorie drinks a day. By 2014, that fell to 3.8 ounces a day, the federal data shows. Consumption for kids and teens declined during that time, too, in the range of less than an ounce a day. A serving size is about a cup or 8 ounces. A can of soda is usually 12 ounces, although some come in 8-ounce sizes, too. Sports drinks come in a variety of bottle sizes, from 12 ounces to 32 ounces.

When it came to sugar-laden drinks, adults in 2000 drank about 16.2 ounces a day, according to the data. That declined to 8.4 ounces a day by 2014. Kids reported drinking 19 ounces each day in 2000, and 8.6 ounces a day in 2014. In 2016, the AHA issued its first scientific statement warning about added sugar intake for kids, saying children and teens should consume no more than 8 ounces of sugary beverages a week.

“We want to make crystal clear it’s important to maintain that [downward] trend,” said Alice H. Lichtenstein, vice chair of the writing group and director of the Cardiovascular Nutrition Laboratory at Tufts University in Boston.

“We hear a lot about potential adverse effects of low-calorie sweeteners, but much of it is speculation. We have to go with the available evidence,” said Lichtenstein, the Gershoff Professor of Nutrition Science and Policy at Tufts. “The best advice we can give at this time is to ramp down the intake and avoid excess consumption.”

The advisory was more cautious in its advice for children because there is “virtually no data” on the long-term effects of low-calorie drinks, said writing group member Dr. Frank Hu, chair of the nutrition department at Harvard University and professor of nutrition and epidemiology.

“One question we discussed is whether for children who are obese and who drink regular soda on a regular basis, is it OK for them to drink diet soda instead?” Hu said. “The consensus is that for short-term weight control, it’s OK. Certainly, it’s not the best alternative … because we all know there are more healthy alternatives, such as water, low-fat and fat-free milk.”

The report included an exception for one specific population: children with diabetes. The authors say those children who eat a balanced diet and who are closely monitoring their blood sugar may help keep their levels in check by substituting low-calorie drinks for sugary ones when needed.

In 2012, the AHA and the American Diabetes Association issued a scientific statement saying artificial sweeteners used “judiciously” in foods and beverages could help people lower added sugars intake, maintain a healthy weight, and lower the risk of heart disease and type 2 diabetes. But it warned the science was “limited and inconclusive” about that strategy.

AHA science advisories typically review and analyze recent research on topics related to heart and brain health, as a way to educate the public and synthesize the latest information.

While this new advisory pointed out the dearth of clear evidence from diet drink studies, nutrition researcher Christopher Gardner feels there is plenty that is clear.

“Artificial soda, there’s nothing good about it,” said Gardner, who was not an author on the latest advisory. He was lead author on the 2012 scientific statement and is director of Nutrition Studies at the Stanford Prevention Research Center. “There’s nothing health-promoting about it. The only health-related role it has is as a transition beverage, replacing or displacing sugar-sweetened beverages.”

But even that, Gardner said, doesn’t seem to be playing out in current trends, pointing to declining consumption of both regular and diet drinks.