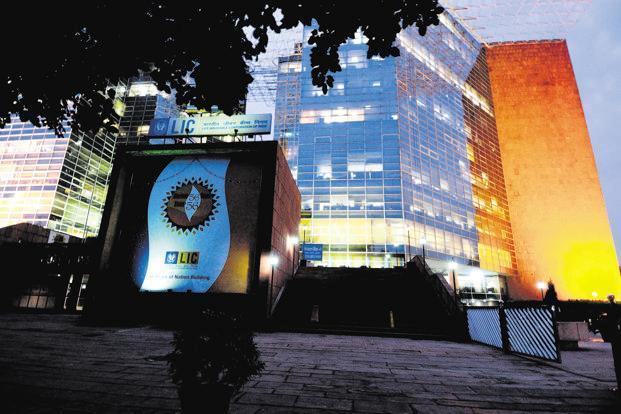 LIC is likely to put up to ₹ 13,000 crore to buy up to 51% stake in IDBI Bank and this money will largely come from policyholders’ funds. Photo: Priyanka Parashar/Mint

Through special permission from the Insurance Regulatory and Development Authority of India (IRDAI), the Life Insurance Corp. of India (LIC) has been allowed to pick an estimated, additional 43% stake in IDBI Bank Ltd that will make LIC the largest shareholder of the bank. This made headlines for two reasons: the move is seen as LIC rescuing the government yet again in its disinvestment programme, and the fact that LIC has chosen to pick up one of the worst performing banks with policyholders’ money is seen as a bad investment choice with the insurance regulator’s blessing.

We spoke to experts to get the good, the bad and the ugly of this deal.

LIC is likely to put up to ₹ 13,000 crore to buy up to 51% stake in IDBI Bank and this money will largely come from policyholders’ funds. Insurance rules don’t allow insurers to invest more than 15% in one company in order to avoid concentration risk and so LIC needed the regulator’s approval to increase its stake.

But the good news is that for a giant like LIC, whose size is about ₹23 trillion of policyholder funds, the exposure of ₹13,000 crore is small. So the impact of the deal is limited.

“The bank can benefit hugely from a bancassurance tie-up with LIC as the ability to push products will increase manifold. This could be the growth driver and could contribute to the bank’s revenues,” said Abizer Diwanji, partner, national leader, financial services, EY India.

And this could be beneficial for LIC. “Any investor who enters when the worst is behind tends to make the maximum return post a turnaround. For LIC, this is a moderate level of risk as IDBI Bank is towards the fag end of its problem. LIC bringing in capital, government also providing capital under the recapitalization scheme and the bank making recoveries will be sufficient for the bank to be sustainable,” said Asutosh Mishra, lead analyst, institutional equity, banking and NBFC, Reliance Securities Ltd.

According to Kapil Mehta, co-founder, SecureNow.in, an insurer acquiring a distressed asset is nothing new and is a common global practice. “Insurers are able to buy assets cheap and sell at a premium. So this may not be a bad deal if the bank is able to turn around. In any case, the capital required to buy the stake constitutes a small portion of LIC money,” he said.

For LIC, the investment decision depends on the turnaround story of IDBI Bank that will make the investment more liquid and also ensure that when LIC sells off the stake, it makes money. It’s understood that LIC will reduce the stake in 6-7 years. However, the turnaround of the bank is a big if. “IDBI Bank has the highest gross NPA (non-performing asset) of around 28% of its loan book, as on March 2018. Moreover, it’s capital adequacy ratio remains below regulatory requirements in the same period. So capital infusion by LIC is needed to make the bank regulatory complaint,” said Kuntal Sur, partner, financial risk and regulation leader, PwC India.

“Further, the bank will need to make recoveries of its NPAs to clean up the balance sheet. In order to come back on a growth path, it may need more capital infusion from its shareholders including LIC. The bank’s asset book, which depends heavily on corporate lending is not showing any signs of recovery. As a result, the short- to medium-term outlook is not very encouraging,” he added.

This, for the policyholders, is a cause for worry. “LIC pays dividends to its shareholders, that is the government, to the tune of ₹2,000 crore every year and it’s unlikely that this will get disrupted if the bank turnaround doesn’t work out, which means the entity to take a hit from poor investment returns will ultimately be the policyholders,” said Sanket Kawatkar, principal and consulting actuary – life insurance, India, Milliman India Pvt. Ltd.

For policyholders, poor investment return will reflect in the form of suppressed bonuses that they get on their participating product portfolio. For more on this, read: A little bit of IDBI Bank in my LIC policy.

While this is a bet that LIC is taking, it’s the manner in which it has happened that is a huge problem area, because it’s unclear if LIC wanted to buy the additional stakes because it sees the deal as commercially viable or is merely following shareholders’ orders.

Given that investments are made using public money, the rationale needs to be well explained. “If LIC was a listed company, it would have had to give an explanation to its public shareholders about the rationale behind the decision. In this case although LIC is using policyholder’s money we don’t know the motivating factor behind the decision,”said Mehta.

“Also rules should be common across insurers, so the regulator could consider detailing out the situations where insurers may increase their stake in a company. This will help make the policy uniform and transparent,” he added.

While the exposure that LIC plans to take may be insignificant, ultimately it is the policyholders’ money that will be impacted, so transparency is important.