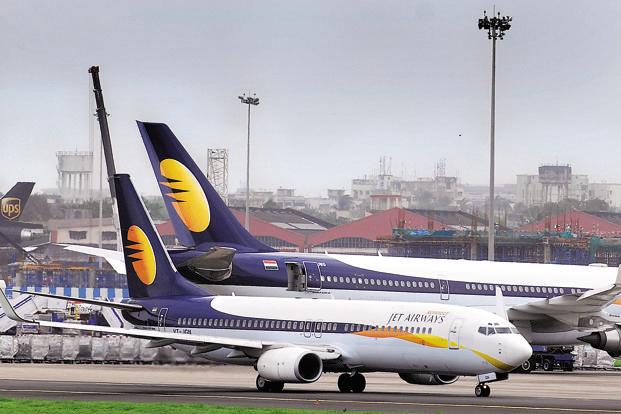 A spokesperson for Jet Airways said all its loan accounts are “standard and there is no overdue in any of our accounts”. Photo: Abhijit Bhatlekar/Mint

Mumbai: In a sign of Jet Airways (India) Ltd’s deteriorating financial health, it now appears that the airline was put under “default” status by lenders on at least eight occasions since February. According to a 13 August repayment history of Jet Airways available with the Reserve Bank of India’s Central Repository of Information on Large Credits (CRILC) and reviewed by Mint, banks such as Indian Overseas Bank, Punjab National Bank, State Bank of India and Yes Bank shifted the carrier to “default” status on at least two occasions each since February.

Jet Airways, however, did manage to remove the “default” tag for anywhere between one day and four months during the period.

To be sure, a “default” status does not imply that the loan has been classified as a non-performing asset. Instead, the loan is classified as a special mention account—where banks put the company on a watch list for varying periods even though it continues to be a standard account.

A spokesperson for Jet Airways said all its loan accounts are “standard and there is no overdue in any of our accounts”. “A tabular statement prepared by CRILC, currently in circulation in some sections of media, placing Jet under default status by some of the banks on certain dates is only due to technical errors, which has subsequently been rectified in the system,” the spokesperson said in a statement on Monday. “The company further clarifies that over the last several years, there has been no instances of default in meeting its debt obligations.”

Lenders who imposed the “default” status did not respond to emailed queries.

CRILC was constituted by RBI to collect, store and disseminate data about large credit accounts to lenders. It hosts credit information of those with loans above ₹5 crore as reported by lenders.

Jet Airways’ woes began with India’s second-largest lender, Punjab National Bank, according the “default” status on 23 February and subsequently removing it on 6 June this year, after a gap of about four months, the CRILC document showed.