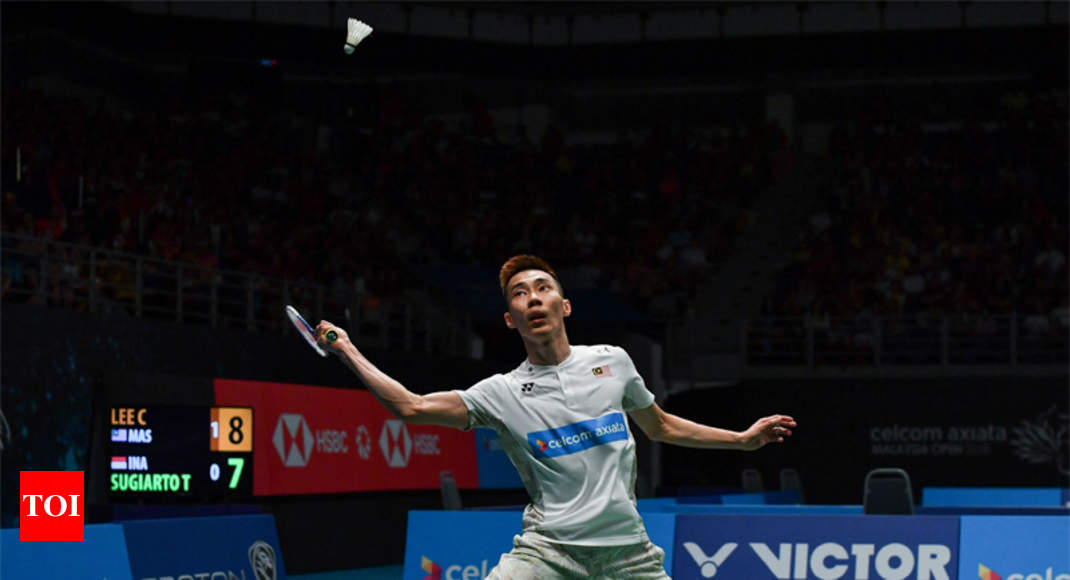 KUALA LUMPUR: Malaysia’s Lee Chong Wei set up a sensational final clash against Japan’s Kento Momota at the Malaysia Open after an easy 21-18, 21-15 victory over Indonesia’s Tommy Sugiarto in the semifinals on Saturday.

The triumph meant Lee, 35, extended his win ratio against Sugiarto to 17-0 following the 53-minute victory.

Favourite Lee has won the Malaysia Open 11 times, and a win on Sunday would cement his status as the most successful player in the tournament.

But the world number six faces a tough task against the powerful Momota, who is unbeaten in 21 matches.

“I just hope to realize my dream of winning for the 12th time in the Malaysia Open, and to play well again,” Lee said after the victory.

“Momota is a youngster who has improved a lot,” Lee said, adding, “he can conquer the world of badminton once…(I) retire. But I will enjoy the final tomorrow and play my best.”

Momota was suspended in 2016 for gambling at an illegal casino by the Nippon Badminton Association.

But the 23-year-old has made steady progress since his ban was lifted in May 2017, clinching his first major title by winning the Asian Championships in April this year.

Momota beat Lee in the Asian Championships semi-final and went on to shock Olympic gold medallist Chen Long to be crowned badminton’s Asian champion in a stunning upset.