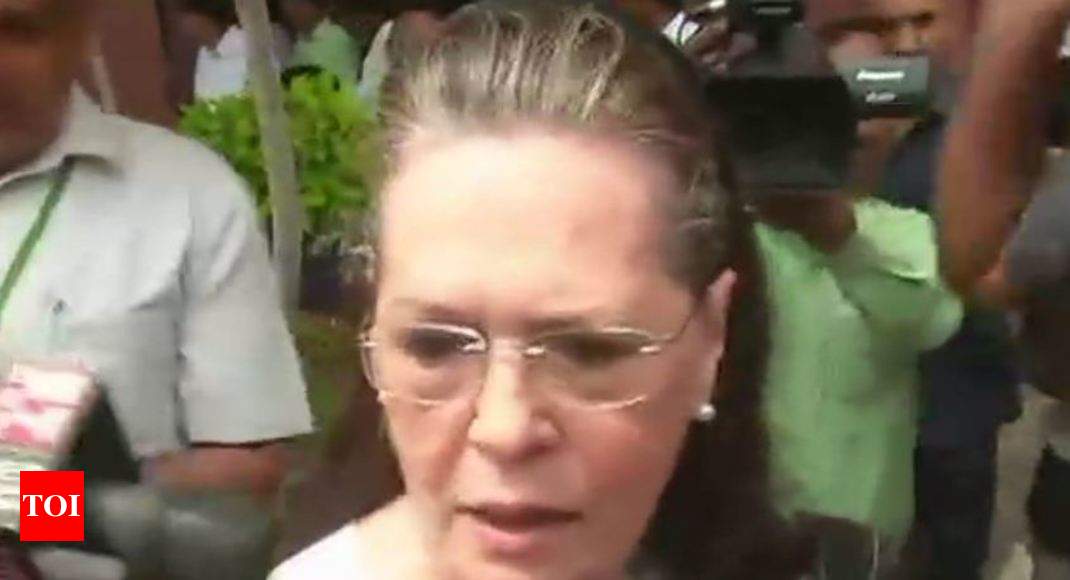 NEW DELHI: On the last day of the Monsoon Session, opposition MPs launched a protest against the BJP-led NDA government today demanding answers from it over the alleged scam in Rafale fighter jet deal with France.

UPA chairperson and former Congress president Sonia Gandhi led a protest over the issue in front of Mahatma Gandhi’s statute in Parliament complex.

Congress members yesterday had created uproarious scenes in the Lok Sabha demanding a probe into the Rafale deal by a JPC, forcing an adjournment of the proceedings. They were heard demanding a JPC probe into the deal and a reply from Prime Minister Narendra Modi.

As the government prepares to table the much-debated Triple Talaq Bill in the Rajya Sabha today, Gandhi, when asked about the issue, told reporters, “Our party’s position is absolutely clear on this, I will not say anything further on this.”