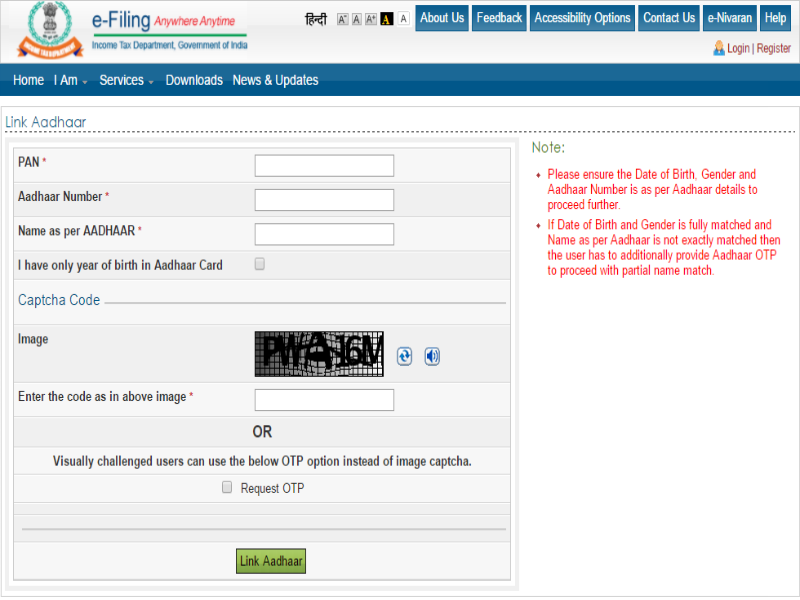 NEW DELHI: The last day for linking the 12-digit Aadhaar number with PAN card will expire on Saturday. The government has made it mandatory for PAN card holders to link the same with the unique identification number Aadhaar.

Here is a step-by-step guide to link Aadhaar and PAN:

1) Log on to the Income Tax department’s e-filing portal — www.incometaxindiaefiling.gov.in

2) Enter your Aadhaar and PAN number (mentioned on Aadhaar card and PAN card), your name as mentioned in Aadhaar Card and the captcha code. Then click the ‘Link Aadhaar’ button.

Make sure your name mentioned in the Aadhaar card is the same as the PAN card. In case of any discrepancy, like spelling mistakes, the linking will not be possible. If the names mentioned in Aadhaar card and PAN card are different, you need to update your Aadhaar details. 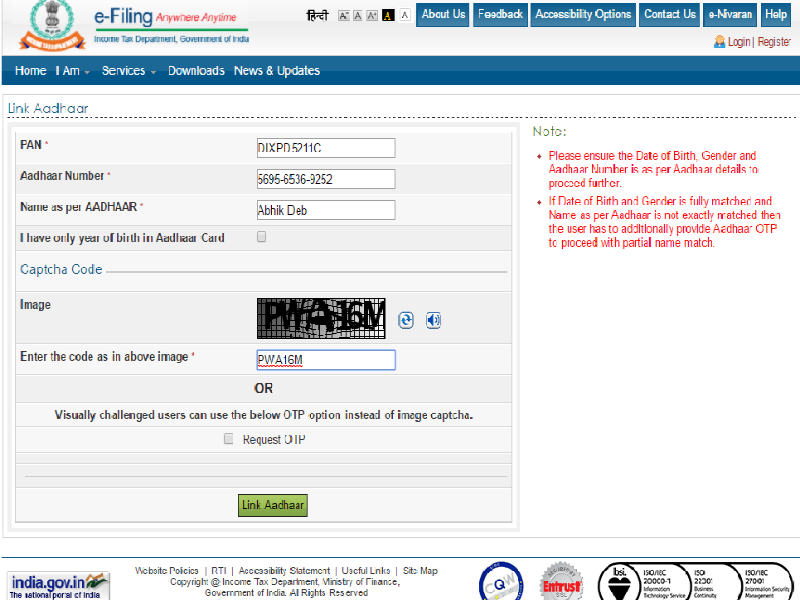 3) That’s it! And your Aadhaar is now linked with PAN. A successful linking should display a message.

In a bid to make the linking process easier, the tax department on Friday launched the facility of e-PAN on a real-time basis, a move which is expected to reduce the interaction with the department and help taxpayers generate the permanent account number (PAN) without any hassle.

You will not need to submit any documents. The e-PAN will be generated using the details available in Aadhaar. So, you need to make sure that these are details updated because the e-KYC will be done using the Aadhaar database.

Read here: How to generate e-PAN

PAN, or Permanent Account Number is a code that acts as an identification for individuals, families and corporates, especially those who pay income Tax.

In March, minister of state for finance Shiv Pratap Shukla had said in the Lok Sabha that 16,65,82,421 PAN cards were linked to Aadhaar thus far.