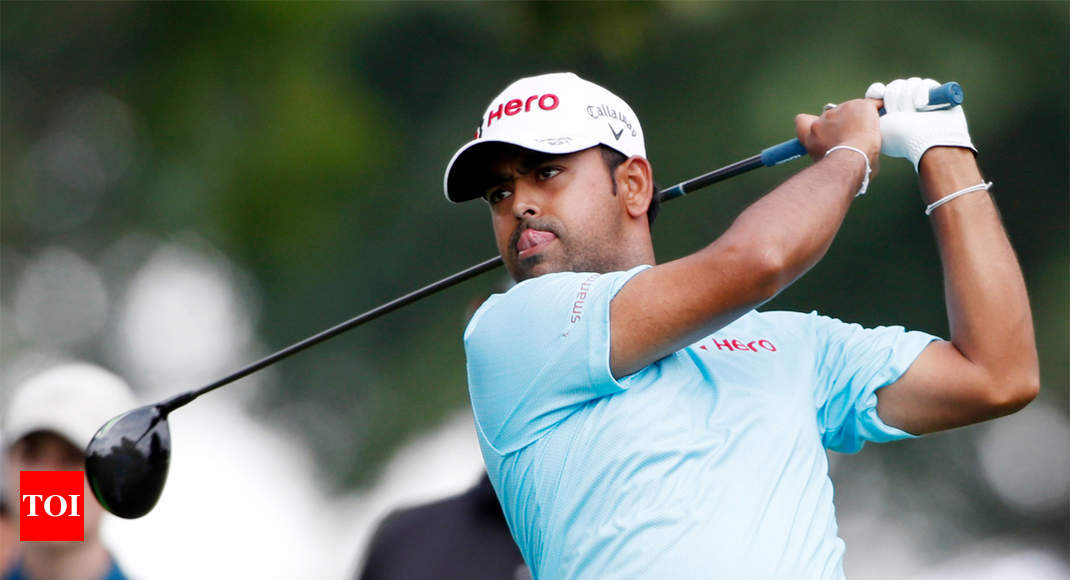 ST. LOUIS (US): Anirban Lahiri will achieve a coveted landmark when he plays in his 15th Majors at the PGA Championship, surpassing Jeev Milkha Singh’s previous Indian record of 14.

Lahiri’s younger colleague, Shubhankar Sharma, who has been the star of 2018, will also be in the field and becomes the youngest Indian and the third overall to have played all four Majors in a single year after Jeev (in 2007) and Lahiri (in 2015 and 2016).

Meanwhile, globally all eyes will be on Tiger Woods after his splendid tied-6th at the Open Championships in Carnoustie last month.

Never has he looked closer to a 15th Major in last 10 years as he is looking now. He actually had sole lead on the 10th hole on the final day at Carnoustie.

As for Lahiri, his tied sixth finish at the WGC-Bridgestone is a proof of his improvement.

Lahiri is also up to 82nd on FedExCup rankings and he could improve that this week. It has now put him back in top-100 of world rankings, and only four places behind Shubhankar. Shubhankar has played the first three Majors, but made the cut in only one – the Open, where he was tied 51.

He was tied 9th at his first WGC, but has since been languishing lower down at both WGC Matchplay as also WGC-Bridgestone.

On Thursday, Sharma plays with Scott Piercy and Jordan Smith and will start at 10th tee in the morning wave, while Lahiri plays the first round in the afternoon alongside Brian Smock and Mike Lorenzo Vera.

Tiger Woods goes out with Justin Thomas and Rory McIlroy from tenth tee at 8.23 am. Jordan Spieth will play with Jon Rahm and Justin Rose from first at 1.37 pm.

The PGA is sometimes seen as the lowest in the order of priorities in the Major set up, but still, a major is a major and a PGA title counts just the same as a Masters or a U.S. or British Open in a player’s career major championship total.

Of late, a comparison has emerged between Justin Thomas and his friend Jordan Spieth and it seems the former is pulling away.

There is another comparison which comes into focus and that is between Rory McIlroy and Dustin Johnson. Rory has 14 Tour wins and four majors, while Dustin has 19 wins but only major and Jason Day has 12 wins, but just a lone Major (the PGA Championship).

Tiger at time looked tired at Firestone. But this is also his first full season since 2015 so tiredness cannot be ruled out, even though he still has the PGA and then possibly four FedEx Cup Playoff events in five weeks and then one week off before the Ryder Cup.