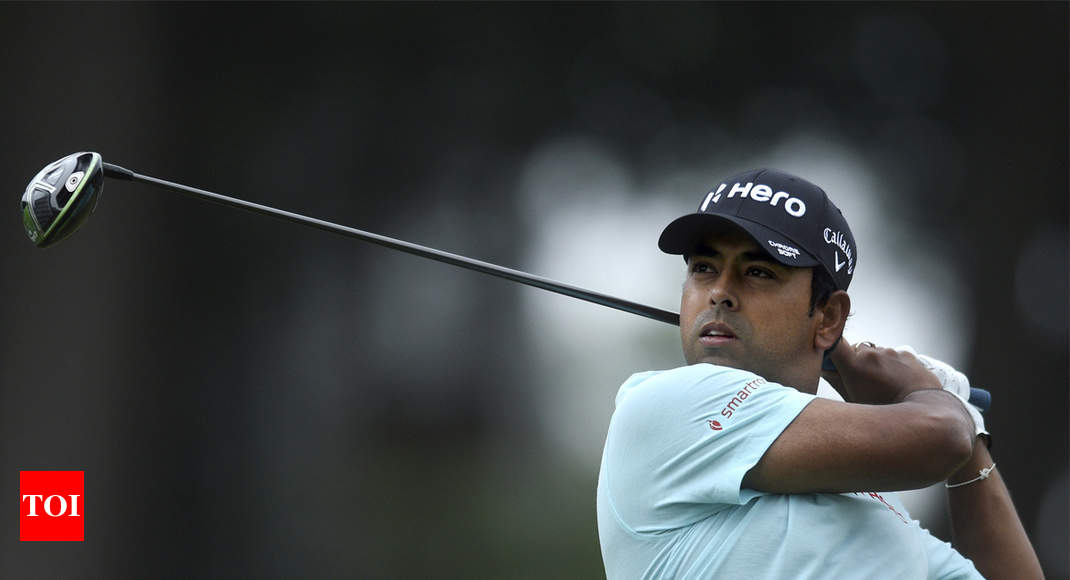 POTOMAC (US): Anirban Lahiri opened with a solid 3-under 67 settling for a tied 10th place after the first round at the Quicken Loans National Championship, here on Friday.

Lahiri, who logged his first top-10 finish of 2018 last week at the Travelers Championships, had a fine run of four birdies from second to fifth.

Andrew Landry grabbed the lead with a 7-under 63 on the rain-softened course and later in the afternoon J.J. Spaun shot the same, while playing in the group behind Tiger Woods.

Woods did rally from a double bogey with five straight birdie chances from 8 feet or closer, but made only two of them as he carded 70 and was seven shots behind the leaders.

Lahiri opened with a par and then ran four birdies in a row from second. He parred the next 12 holes before the lone bogey of the day on 18th.

Andrew Putnam also was at 64 while playing in the afternoon. Beau Hossler and Abraham Ancer were another shot behind.

Landry, who tasted his first success this year at the Texas Open in April for his maiden PGA TOUR title, had a new putter in the bag, but it did not help matters as he never made a outside 10 feet. He did make some fine par saves.

The course was in sharp contrast to what it was last year, when it was the fourth-toughest on the PGA TOUR last year. Kyle Stanley won at 7-under 273 last year, but this year Landry and Spaun shared the lead at 7 under after first round.