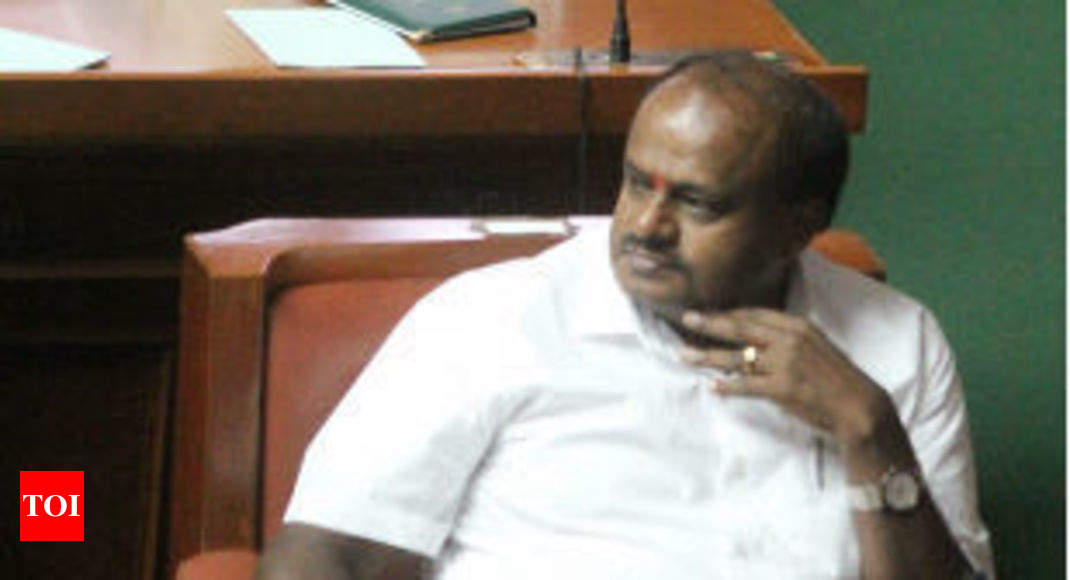 BENGALURU: Chief minister H D Kumaraswamy on Wednesday raised a controversy by asking BJP to give account on the number of bricks collected by the BJP in the name of constructing the controversial Ram Mandir in Uttar Pradesh.

Responding on the motion of thanks moved for governor Vajubhai Rudabhai Vala addressing the joint session of the 15th legislature, Kumaraswamy took the opposition head-on and said: “You (BJP) keeping asking me when I will waive the farmer loans. Give an account of how much bricks was collected by the BJP in the name of Ram Mandir? Chairman sir, the BJP has dumped the bricks collected into garbage bins (Thippegundi) and pocketed the money. They have been constructing the Ram Mandir for the last 25 years now, and it is nowhere completion,” he said.

The collection of bricks for Ram Mandir first began in 1989, when the demolition of the Babri Masjid rocked the nation.

The statement riled up the BJP MLCs in the house, who immediately launched a protest.

MLC Ayanur Manjunath said the statement of the CM was “insensitive” and “hurting the sentiments” of the lakhs of people who gave their hard earned money to the cause.

“While we have patiently listened to the statements by the CM, him offending our commitment to the Ram Mandir construction is unacceptable and he needs to retract it,” he said.

Opposition leader Kota Srinivas Poojari also attacked the CM and said Ram Mandir is an integral part of the BJP ethos and that legal challenges were the reason for the delay.

However, Kumaraswamy said: “I may have offended your sentiments, but people of this nation have a right to seek an account of the money and bricks collected for building the Ram Mandir. Whom have you submitted the accounts to?”

The statement drew the BJP out of their chairs and launch a protest in the well of the house.

With the situation not seeming to abate, Kumaraswamy with a whole lot of sarcasm withdrew his statement.

“If I have offended the sentiments of the people, I apologise. I am sure that all the bricks have been safely stored and secured. Perhaps, in the next 15 to 20 years, the BJP will finally lay the foundation stone for Ram Mandir,” he said.