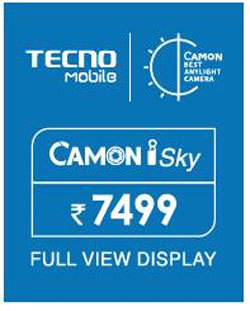 What a joy it was to see India’s comprehensive win over England in the first T20 International. It was a classy performance, as one would expect of a well-oiled super car. Even when there were moments of quiet, the engine purred nicely, ready to get into top gear at a moment’s notice. The driver was the skipper Virat Kohli, who led the team with such clarity and expertise that it is only fair to expect even better performances from the team as the tour goes on. If the team can win with such comfort even when its expected performers were not at their best, then surely the sky is the limit.

The skies were certainly as bright as in an Indian summer, and the Indian players were happy to play unencumbered by sweaters, which is usually the norm in England. Perhaps the England team were surprised by the weather, though they would have anticipated and expected a huge turnout of India supporters.

What they didn’t anticipate was the magic of Kuldeep Yadav, who quite literally had the English batsmen like puppets on a string. The deliveries with which he drew Bairstow and Joe Root forward, playing for the wrong turn, brought a hearty laugh from those who know of the English batsmen’s struggles against wrist spin. Chahal perhaps wasn’t able to grip the new ball and so wasn’t at his best but Kuldeep, brought in when Buttler was rampaging, changed the game in a jiffy. It was magical.

ALSO READ: This century means the world to me, says Rahul

Then came a mini-masterpiece from the bat of someone who is going to be the next big thing in Indian cricket. Right from his debut when he squared up against Mitchell Johnson on the last tour of Australia, KL Rahul has looked a class apart. The ease with which he tore into the English bowling was breathtaking and even had the Indian skipper clapping.