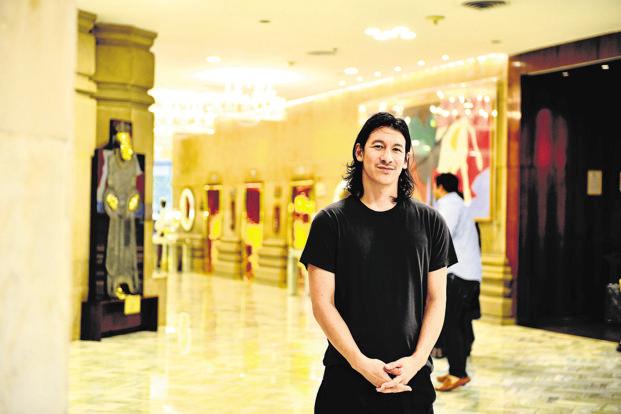 New Delhi: Perry Chen is an artist by choice and an entrepreneur by chance. He rose to prominence in 2009 when he co-founded Kickstarter, the online funding platform for creative projects. Since then, it has successfully funded more than 149,000 projects, generating close to $4 billion from over 15 million backers. It remains one of the world’s biggest contributors to arts and technology projects and has spawned similar platforms such as CrowdSpring, DesignCrowd and, closer home, Ketto and ImpactGuru.

The 42-year-old was in Delhi for a talk to mark the opening of an art exhibition at Delhi’s Nature Morte gallery. He spoke in an interview about intersections of arts and technology. Edited excerpts:

What is the next phase of growth for Kickstarter?

The evolution of the format. We have to think what is the best form of Kickstarter in 2018 and 2019. We are focusing on engaging with creative people more to see the processes… What happens in the time between an artist raising money and the idea coming to life? We’re hoping to encourage people to talk more about it. Because the process is not perfect. People try and fail and try again. But to see an idea taking shape after multiple failures is all worth it.

Do you want to diversify?

Many times, organizations falter because they lose focus. We are focusing on strengthening our core. Everybody’s trying to be Google, Facebook or Apple. How will the world be then? All these companies have to do is wake up everyday and compete with each other. If one of them does something new, they all have to do something new. Where does competition end?

But how do you measure your growth in that case?

Goals are the most important thing. For us, it’s impact. We focus on helping creative products come to life. We do that because we believe that arts and creative works are critical to a healthy society.

Tell us about your own art and experiments with different mediums.

I’ve worked on a lot of artworks that are focused on the ways that we negotiate with both technology and complexity.

Last year I did a project called “Bridge to a bad star” in Brazil, investigating a 2003 rocket explosion. The Brazilian government was attempting to launch a rocket to space for the third time and in an accident before the launch, it exploded and killed about 20 people. But why do we go to space?

It is a way for countries to announce their arrival at a certain stage. But in Brazil, people asked whether it was the right moment.

The rocket base was built in Alcantâra, a poor region up north where people’s best hope for their child is for them to work as a security guard.So it is not an easy question and there is no right or wrong answer. We are living in a time where it’s very hard to find the simple answer.

What is the biggest disruptor today?

AI (artificial intelligence) is one of the biggest changes. We’ve been dealing with how tech affects us for the past 10-20 years. But it started way before. It all came down to the invention of the printing press and continued to industrial revolution, internet, cellphone, and now AI is the latest. It will change our lives in ways that are hard to anticipate.