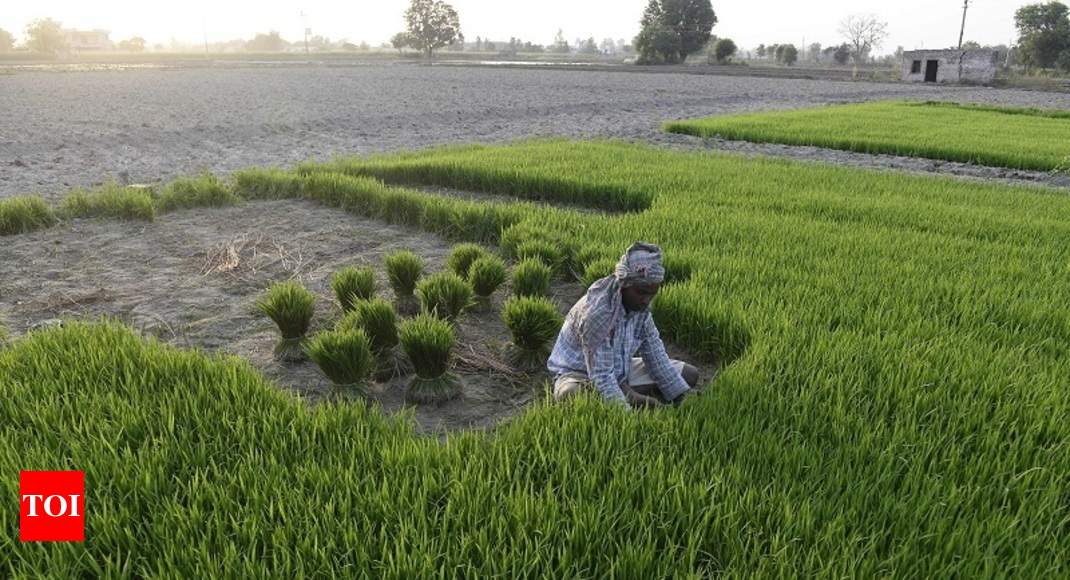 NEW DELHI: Moving to fulfil its budget promise and address political heat over farmer discontent, the government is set to announce a new minimum support price (MSP) regime that will provide sorghuma profit margin of 50% over cost of production. The additional bill is likely to be around Rs 33,500 crore.

The new MSP, to be considered by the cabinet on Wednesday, will largely apply to paddy and pulses but will benefit ‘nutri-cereals’ like millets the most. The added cost of MSP is 0.2% of GDP, according to the cabinet note. The share of paddy in the additional outgo will be around Rs 12,300 crore.

Moving away from a focus on rice and wheat, a range of crops will be covered by the promised MSP and a procurement mechanism will be announced later. The maximum weight in calculating cost of production has been accorded to labour, which is about 53% while other costs like fertilisers, farm animals, pesticides, seeds and irrigation add up to the rest.

Among millets, ragi (finger millet) will see a maximum hike of over 52% compared to its current MSP, followed by 42% for jowar (sorghum) and 36% for bajra (pearl millet). The hike in MSP of nigerseed (oilseed) and moong (pulse) is also expected to be much higher. As compared to other non-cereal crops, pulses have been procured in larger quantities.

The main Kharif crop, however, remains paddy. The revised MSP will be Rs 200 higher than the current Rs 1,550 per quintal. Last year, the procurement of paddy stood at 38 million tonnes. Farmers in some states are already getting a price that equals or exceeds 150% of production cost and this will remain untouched. States such as West Bengal, Assam and Maharashtra, with lower yields and productivity, will gain.

The new MSP regime hinges on wider procurement of crops. The details of procurement and storage are being worked out with sources saying it was still three months to harvest. The plan for a higher MSP gained momentum after the 2017 Gujarat elections where farm protests were seen to reflect a “problem of plenty” as agriculturists expressed discontent over falling prices. The move to hike MSP is aimed at boosting farm incomes and providing some political buffer to the government.

Though procurement of pulses, oilseeds and cotton is done under a ‘price support scheme’ (PSS), the procurement method has suffered from shortcomings. At present, farmers get lower than MSP prices for a majority of the 23 notified crops including groundnut, soyabean, ragi, maize, bajra and jowar. For procurement of these farm products, the government will compensate agencies concerned for losses.

It is learnt the government is ready with a mechanism that includes market assurance scheme (MAS). MAS involves decentralised procurement and disposal by state agencies. The second proposal is the price deficiency payment scheme (PDPS) — like ‘Bhavantar’ in Madhya Pradesh — while a third option involving private agencies is not being considered. The cereals will be used in the food security programme, reducing the costs of holding and disposal.

The Centre had in April notified millets as ‘nutri-cereals’ that are not only a powerhouse of nutrients but also are climate resilient, consuming less water and growning in drought prone areas. More widespread MSP could help diversify cultivation of non-cereals.

The government has gone for A2+FL formula (which includes actual paid out cost of all inputs plus imputed value of unpaid family labour) to calculate cost of production.