International cricket, much like last year, has returned to Thiruvananthapuram in November this year as well. This time, it will be their maiden ODI, hosted at the Greenfields Stadium, when India take on Windies in the last match of the series. 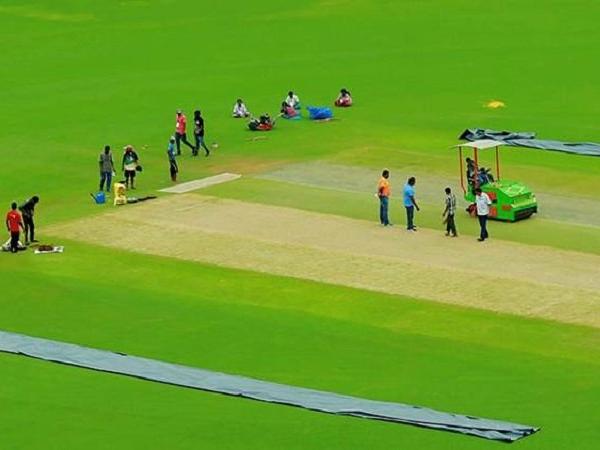 While cricket is set to bring cheer to the fans in the city, for KCA’s apart from the good, there are also some difficult challenges that they will have to brace.
Will Thiruvananthapuram’s maiden ODI wake up to a more sober call
What’s with the ticket sales?
There was a buzz around the final match of the T20I series between India and New Zealand, which was held last year in the city. It was played out on radios and newspapers all across the state.
And three days before the game, a board was proudly placed outside the KCA office, which stated ‘All tickets for T20I are sold.’
The hype seems to have died this time around. The ticket sales have been disappointingly low with 25 percent of tickets yet to be sold.

Jayesh George, who was KCA’s secretary then and now the match convener is confused as to what could be the reason behind this poor turnout.
He tries to find some logic and the reasons that he spells out range from this being a 50-over encounter to no offline ticket sales to political tensions in the state, which has resulted in lesser media coverage for the match.
What has gone missing from KCA’s attention is the high ticket pricing, with the minimum ticket costing Rs 1,000.
Read Also:   India vs WI 4th ODI: India crush West Indies by 224 runs.

Another issue that could have possibly added up to the stadium not running a full house is the ‘Not more than 10% complementary pass’ issue.
While KCA had given away 8,000 complimentary tickets to various government departments, clubs, former cricketers and administrators, under the new constitution, it can give away only 4,000.
The crowd last time, despite rain ruining 24 overs of a T20I game, was loud and enthusiastic, will Thiruvananthapuram’s maiden ODI wake up to a more sober call?
Who’s got the money?
KCA officials are convinced that the association would have gone bankrupt if they would have not got to host the fifth ODI. With BCCI having frozen their funds, and as George says, “Rs 12 Crore still unpaid”, they were already struggling to keep their domestic teams going.
“We are starving without funds. Our (senior) men’s team in Vijay Hazare and our women’s team in Himachal played without even proper training gears,” he added.

According to a Supreme Court order, all the state associations need to comply with the new constitution. Only then can a BCCI election take place, office bearers come to power and an infrastructure committee be set up to release the funds.
While they have no clue when will the money from BCCI come, it is the in-stadia advertising, which will help them run smoothly for a couple of more months.
For now, to run the expenses of the ODI, they have taken a Rs 5 Crore overdraft from Federal Bank.
How many games will be affected due to this ODI?
While it hasn’t rained in Thiruvananthapuram for a few days, showers are forecast for the next one week. Given how the T20I was affected last year, they don’t want to take chances.
To aid their groundsmen, who had put up an impressive show to make sure cricket took place against New Zealand
Thus, they have brought in drying equipment from all their grounds in the state.
However, the issue is, simultaneously KCA’s will also be hosting matches in Thiruvananthapuram (Ranji Trophy), Thallasery (Under-23), Wayanad (Under 16), Allepy (Under-19) and Ernakulam (Women’s team).
In case, it rains in any of these venues, there will be no decently-equipped machinery to dry the grounds. Expect a lot of game-time to be lost.