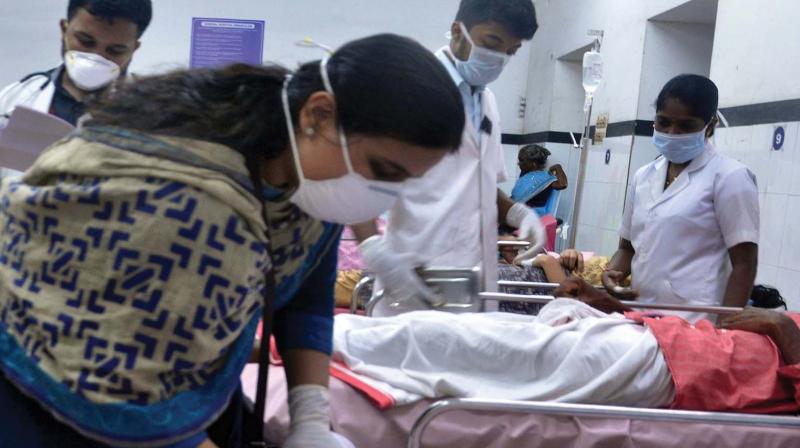 KOZHIKODE: Nipah continues claiming lives even after 11 days of its confirmation. A youth, Rasin (25) of Kottur near Naduvannur here died at Kozhikode Medical College Hospital (KMCH) on Thursday, taking the death toll to 17, including the first deceased Mohammed Sabith. This is the first death being reported from a secondary source.  Rasin was not in the confirmed list on Wednesday. His sample result came on Thursday which was positive.

The unabated death on a daily basis has caused panic among the people.  Two deaths had been reported on Wednesday. Two confirmed cases, each from Kozhikode and Malappuram are at KMCH now.   According to District Medial Officer Dr V Jayashree, Rasin contracted the virus at Balusserry community health centre from Ismayil of Kottur, who died due to NiV few days back.

Ismail is believed to have contracted the virus from the first source; Moosa’s family at Perambra. As many as 11 suspected are at hospital now, including four reported on Thursday. Besides, 1407 contacted persons are under observation.

The drug from Australia will reach here on Friday evening.