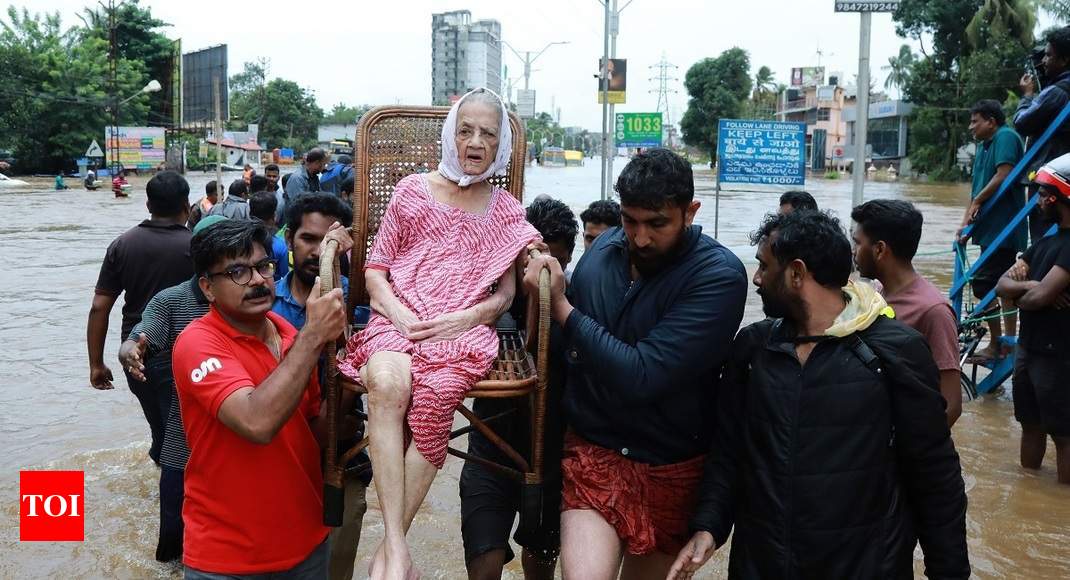 The committee will be chaired by the Emirates Red Crescent (ERC) and will include representatives from UAE’s humanitarian organizations. The UAE government will also consult dignitaries of the Indian resident community, according to local media reports.

Kerala, which is witnessing one of its worst floods in the history, is in dire need of humanitarian assistance. On Saturday, Prime Minister Narendra Modi conducted an aerial survey of the region and offered an immediate assistance of Rs 500 crore to the state government. The Kerala state government has also received financial aids from the state governments of Telangana, Andhra Pradesh, Delhi, Punjab and Haryana.

Taking a note of the deteriorating situation, UAE’s Vice president Sheikh Mohammed took to Twitter to urge his countrymen to extend help to those affected by the floods.

“The state of Kerala in India is currently witnessing huge floods, the most devastating in a century. Hundreds have been killed, hundreds of thousands have been displaced. Ahead of Eid Al Adha, do not forget to extend a helping hand to our brothers in India,” he tweeted.

Mohammed said that Keralites have played a major role in the development of UAE and hence it is his government’s responsibility to help and support those affected. According to estimates, there are 2 million Indians in the United Arab Emirates, who form roughly 27 percent of the country’s population.

UAE and the Indian community will unite to offer relief to those affected. We have formed a committee to start imme… https://t.co/fUh7p8Awvi

Haya Bint Al Hussein, the Princess of Jordan and wife of Mohammed too urged the people to come forward and help.

More than 187 people have been killed since August 8 in one of the worst floods in the state in the last 100 years. With thousands still trapped, power and communication lines down and fresh alerts of further torrential rain, authorities warned of more trouble ahead and further deaths to come. The Kerala government has said it faces an “extremely grave” crisis and state chief minister Pinarayi Vijayan warned of a new wave of rainfall hitting the battered region. The gates of dozens of dams and reservoirs across the state have been opened as water levels reach dangerous levels. That has added to the submerging of many villages.