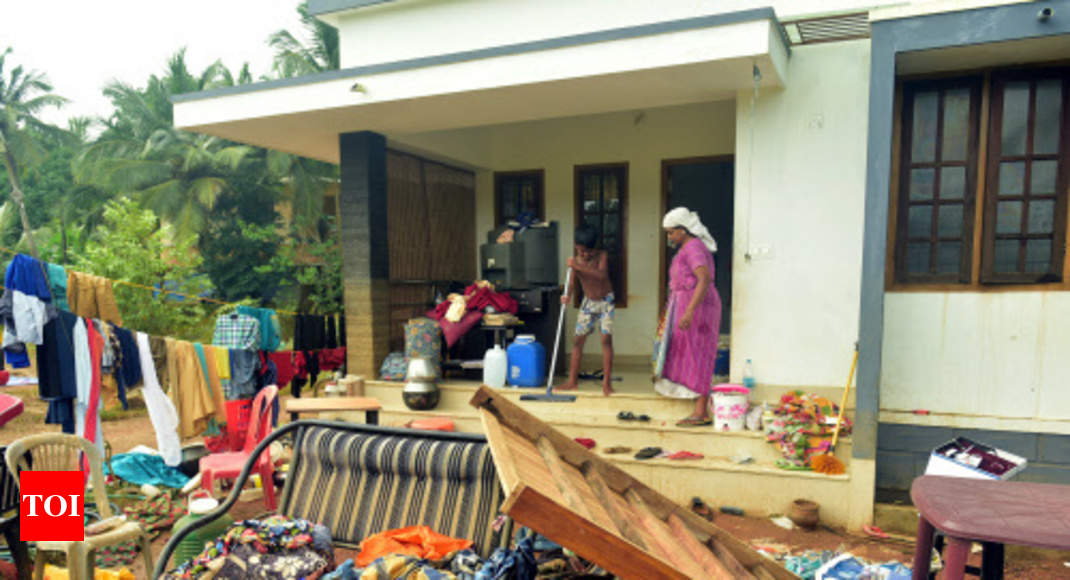 KOCHI/THIRUVANANTHAPURAM: Lakhs of people who have been rendered homeless by the devastating floods struggled to bring back a semblance of normalcy to their lives as flood waters receded and rains stopped in most parts of Kerala on Monday. With the recovery of six more bodies at Paravoor in Ernakulam district on Sunday, the death toll since August 8 rose to 216.
The last leg of rescue operations continued in some isolated pockets, notably in Chengannur in Alappuzha district where hundreds remained stranded. Lt Gen D R Soni, chief of the Army’s Southern Command, said drones were being used to reach people trapped in areas not easily accessible.

Those returning from relief camps to what was left of their homes faced an uphill task of first cleaning the surroundings even as the state government sent out an SOS for more supplies of disinfectants and bleaching powder. The immediate priority is to ensure that the flood victims don’t fall prey to water-borne infections.

The insides of many flood-hit homes have about 60 cm of mud and slush, officials engaged in rehabilitation said. Kerala Water Authority and Kerala State Electricity Board are trying to restore water and power supply in many areas that have been without power and drinking water for the past several days.

In a tragedy, a 19-year-old boy committed suicide in Kozhikode district after his class 12 certificate got destroyed in the deluge. Kailash had got admission for a course at Industrial Training Institute and purchased a new set of clothes and set apart some money for higher studies, police said. But when he returned home, he was shocked to find his plus two certificate destroyed.