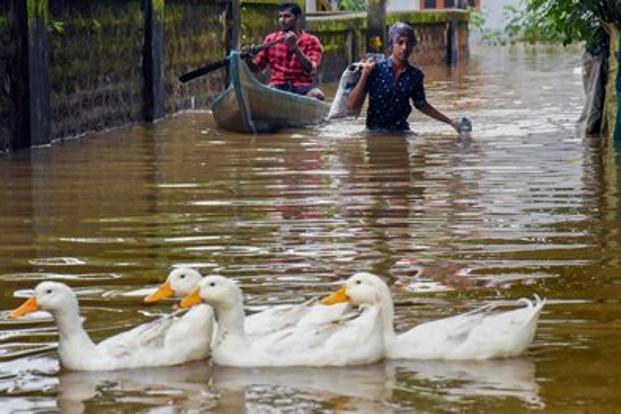 Due to flooding and bad weather in Kerala, telecom players are also trying to ensure that their network availability does not suffer. Photo: PTI

New Delhi: As Kerala faces massive floods, various telecom operators are providing free services, including mobile phone calls and mobile data. Reliance Jio and BSNL have announced that they will not charge any of their customers in Kerala for making phone calls. Others have extended bill payment dates and even allowed customers to make free calls from their stores.

The Mukesh Ambani-controlled telecom operator is providing a complimentary seven-day unlimited voice and mobile data pack to all its Kerala customers.

Airtel has announced that all its prepaid customers will receive 1GB mobile data free for 7 days in Kerala. Also, those who can’t go and recharge their Airtel prepaid phones will receive an automatic talktime credit of Rs 30.

For postpaid and broadband customers, Airtel has extended bill payment dates so that customers can continue to use its services.

Airtel also announced that it will deploy VSAT at five major relief centers in Kerala to provide free Wi-Fi and calling facilities to the people. It is also allowing users, whether an Airtel customer or not, to charge their mobile phones and make free calls from select Airtel flagship stores in Thrissur, Calicut, Malappuram, Kannur, Kottayam, Trivandrum and Ernakulam.

Vodafone prepaid customers will receive talktime credit of Rs 30 for which they have to call up Customer Care.

BSNL is offering unlimited calls within its own network and 20 minutes free calling every day on other networks for seven days. BSNL is also providing free data.

Due to flooding and bad weather, telecom players are also trying to ensure that their network availability does not suffer.

“Airtel’s network teams and partners to continue making efforts to ensure the network is up and running despite the challenge of lack of power supply and disruption in movement of fuel supplies,” Bharti Airtel said in a statement.