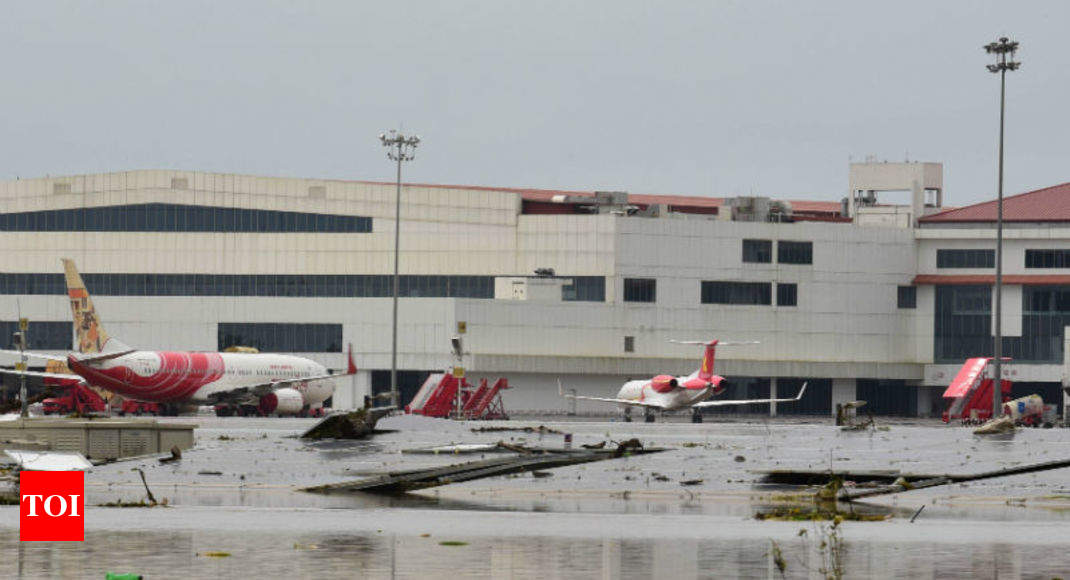 KOCHI: The Cochin International Airport Limited (CIAL) has suffered an estimated loss of over Rs 220 crores in the floods, an official said here on Tuesday.

He said the CIAL management has launched rebuilding of the damaged infrastructure including 2.5 km long airport walls that collapsed after Periyar river overflowed.

The runway, taxi bay, duty free shops and other areas of international and domestic terminals were also submerged, causing damage to electrical equipment including runway lights, the official noted.

He said the solar power system of the world’s first solar-powered airport has also suffered damage in the floods.

“We have launched efforts on a war-footing to rebuild the damaged infrastructure. Our initial assessment is that we have suffered an estimated loss of Rs 220 crores in the floods,” the official said, adding around 200 workers have been engaged to clean up the terminal building.

The airport is expected to be reopened next week.

Alliance Air (a subsidiary of Air India) was able to operate two flights to Bangalore and one flight to Coimbatore.

An Indigo flight also did a trial landing and will be undertaking flying operations from today.