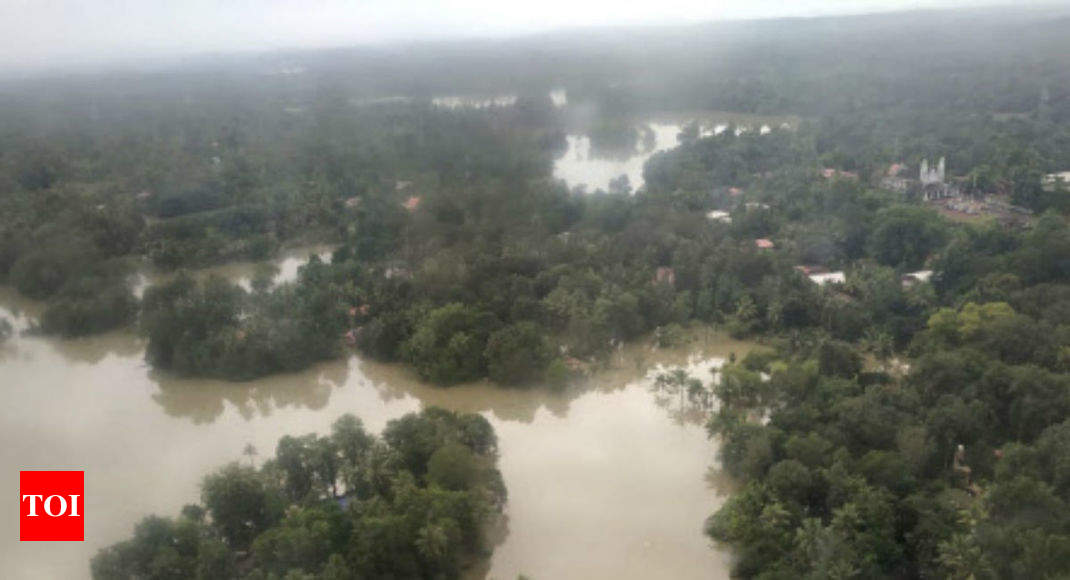 PANAJI: Ecologist Madhav Gadgil, who headed the Western Ghats Ecology Expert Panel (WGEEP), claimed on Monday that the floods and landslides in Kerala is also a man-made disaster as illegal constructions on river beds and unauthorised stone quarrying contributed to the calamity.

The government-constituted WGEEP, in its 2011 report, had recommended that several areas in Kerala which come under the Western Ghats should be classified as ecologically sensitive. However, the state government had opposed the panel’s recommendations.

While the magnitude of rainfall witnessed in Kerala this season was not exactly unprecedented, the flooding seen this time was never experienced before, Gadgil told PTI here.

“There are two components to it. One is the intense rainfall — of a higher level than normal. One of my students has done a thesis on intense rainfall events in Kerala… He says certainly this year it’s quite intense but not unprecedented,” he said.

“He (the student) hails from Kerala. The experience of his father and grandfather is that earlier there was occasionally intense rainfall but never this level of flooding or landslides,” the 76-year-old ecologist said.

The flooding has definitely brought to light existence of illegal stone quarries or large number of unauthorised constructions on river beds, he said, adding, “In this sense it is definitely a man-made calamity where intense rainfall and human intervention have made it a serious disaster.”

Gadgil, the founder of the Centre for Ecological Sciences at the Indian Institute of Science, Bengaluru, in his report on the Western Ghats in Kerala had recommended strict restrictions on mining and quarrying and on use of land for non-forest purposes.

Asked if the Kerala government should implement the recommendations of the WGEEP, also known as Gadgil commission, he said all that is needed to be done is to follow the law.

“Nobody has been able to point out any factual mistake in our report. The recommendations are entirely within constitutional provisions and various laws. Implementing the report means government stopping flouting our own laws and government stopping suppression of our own people,” Gadgil said.

“Forget our report. The government must begin to behave lawfully and then automatically it means our report is implemented,” he said.

According to the state authorities, 194 people have lost their lives and 36 are missing in Kerala since August 8 due to rains and landslides, while over 3.14 lakh people have been moved to relief camps.