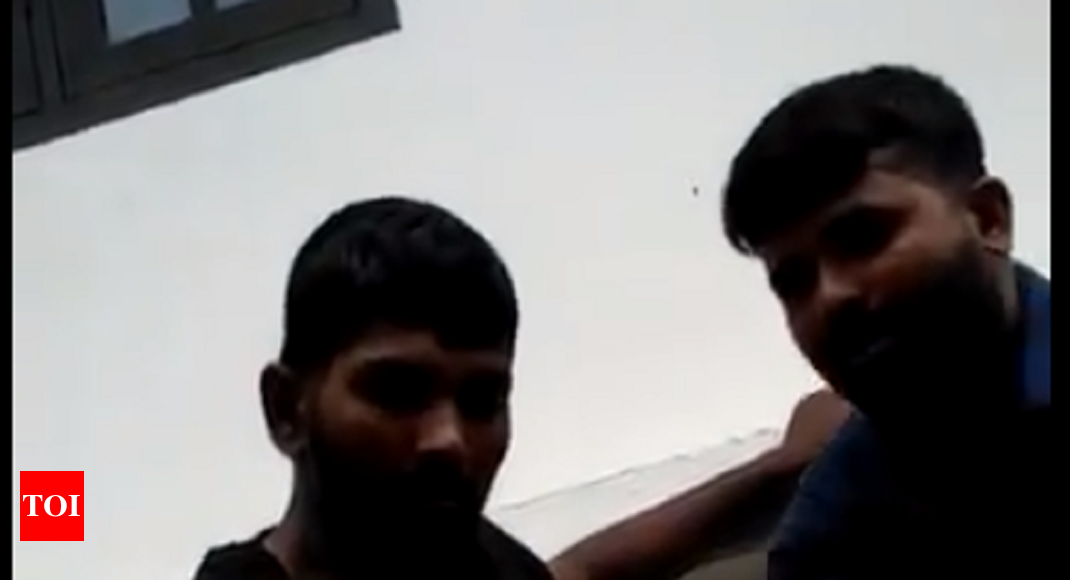 NEW DELHI: Coast Guard was involved in a precarious rescue operation when its personnel helped evacuate a 10-day-old child in Kerala’s Kadungalloor town on Saturday.

In a video, tweeted by the Coast Guard, two personnel can be seen perilously carrying the baby on a ledge of the first floor of a flooded house. The child was safely transferred to the boat waiting at the edge of the ledge as the two personnel headed back to rescue the parents of the child.

In another video, a Coast Guard personnel was seen wading against the ferocious flow of water to establish contact with marooned people on the other side.

The Coast Guard tweeted another video where it winched a child to safety from the roof of his house. The child was spotted waving for help from the rooftop by the chopper.

Army, Navy, Air Force, Coast Guard and National Disaster Response Force (NDRF) have been asked to mobilize additional manpower, boats and helicopters to scale up the rescue and relief operations. Food packets and drinking water are also being rushed.

Hundreds of people have been winched to safety by 38 helicopters deployed for search and rescue operations in the state, which has a population of more than 33 million.

On Saturday, a column of 8 Engrs Regt led by Lieutenant Anshu Mali of Army rescued 256 civilians including three pregnant women from Chalakudy areas.

The NDRF too has been at the forefront of relief operations in the state. NDRF personnel have helped evacuate hundreds of people from their flooded homes using rescue boats.

IAF’s Garud Commandos were seen in action as well. In a daring operation, the Commandos winched an entire family to safety from the rooftop of their flooded house.

Indian Navy, as part of its Operation Madad, has scaled up its operation to meet the increasing requests for rescue from more parts of flood-hit Kerala. Southern Naval Command (SNC) rescue teams have been augmented by Gemini boats, divers and other resources from both Eastern and Western Naval Commands of the Indian Navy.

On the tenth day of Operation Madad, which was August 18, a total number of diving teams deployed is 72, which have been distributed to multiple locations. Eight newly inducted teams were sent out to various locations to augment those already in place. 42 teams with one Gemini boat each are deployed in Ernakulam district at various places.

So far over 50,000 people have been rescued in different parts of the state. Over 3.53 lakh affected persons had been lodged in over 2,000 relief camps.