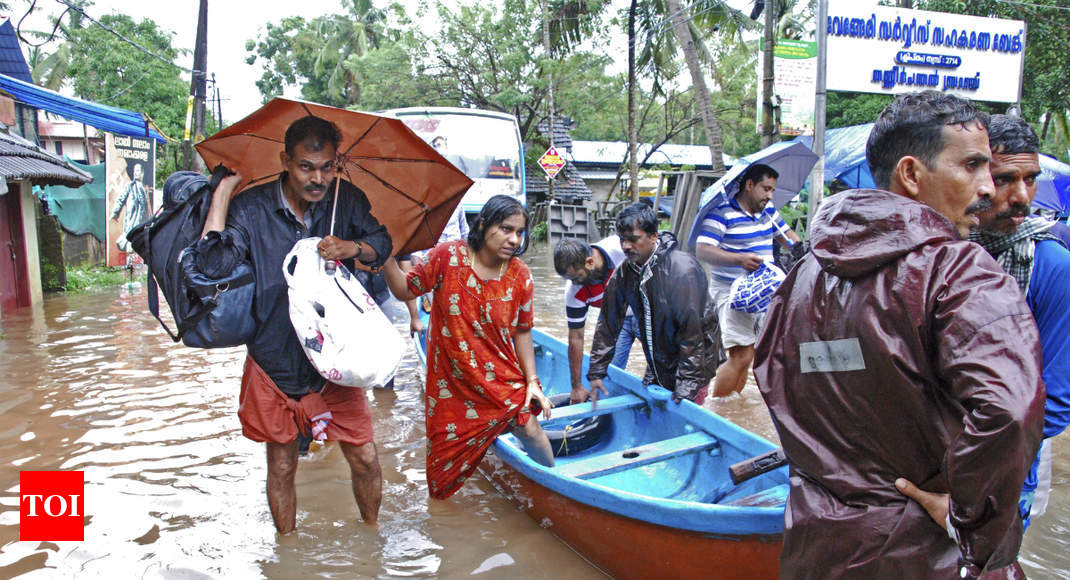 NEW DELHI: As Kerala battled torrential downpour, miscreants on social media posed a challenge for authorities by spreading disinformation about the calamity. On Sunday, Indian Army warned against an imposter, wearing an Army combat uniform, for spreading wrong information about Kerala floods.

In a tweet by the Additional Directorate General Public Information (ADG PI), Indian Army, asked the people to not fall for any rumours being circulated related to army’s relief operations in Kerala.

The Army further urged the people to report any unverifiable information related to the Kerala floods that they receive on social media before sharing it. For this, the authorities have also shared a WhatsApp number (+917290028579) where people can send any social media post, if they find it unreliable.

The clarification from Army came after a video of a young man, spreading disinformation about Kerala floods, went viral on WhatsApp.
The imposter in the video reportedly said that people should not donate to the Chief Minister’s Relief Fund because only the rich were being affected by the floods in Kerala.

In the face of several social media rumours hampering rescue operations, Kerala chief minister Pinaryai Vijayan on Sunday had urged the people of the flood-ravaged state to use social media cautiously in order to stop the spread of false news of the devastation.

In the tweet, the Chief Minister’s Office emphasized that only those messages should be forwarded that are valid.

Attention:Efforts are in progress to save even the last person stranded. Many of the requests coming to helpline nu… https://t.co/XNF3M2ePwb

(With inputs from agency)