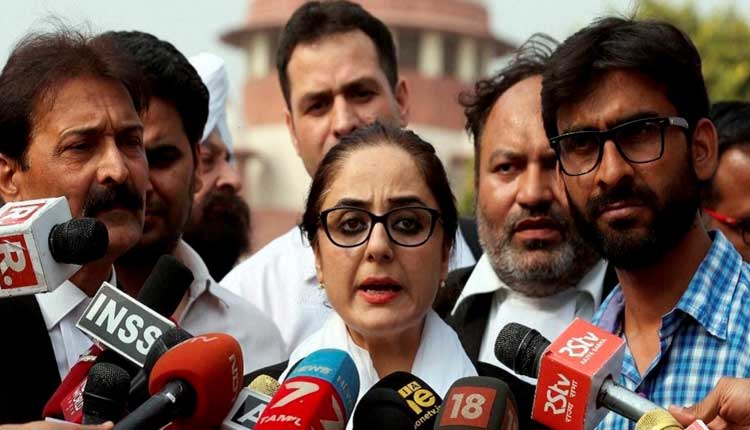 and around 100 witnesses have been examined during the trial, but Ms Rajawat had only appeared twice for the family.

she has barely been available at the court hearings, the victim’s father has said.

Those close to the family said he has moved an application in the Pathankot court in Punjab,

where the case was earlier shifted. It said that Rajawat shall not represent them and the power of attorney was being withdrawn.

she has been heard 100 times by the court and around 100 witnesses have been examined during the trial, but Ms Rajawat had only appeared twice for the family.

Ms Rajawat, who hogged newspaper headlines when she spearheaded the cause of the nomadic family,

they told the media that she was receiving death threats ever since she became associated with the case.

The victim was raped and subsequently murdered in Rasana village of Kathua district in Jammu and Kashmir in January.

Eight people, including Sanji Ram, the alleged mastermind of the crime, have been arrested.

The Supreme Court transferred the hearing of the case to a Pathankot court that has been holding the trial on a day-to-day basis.