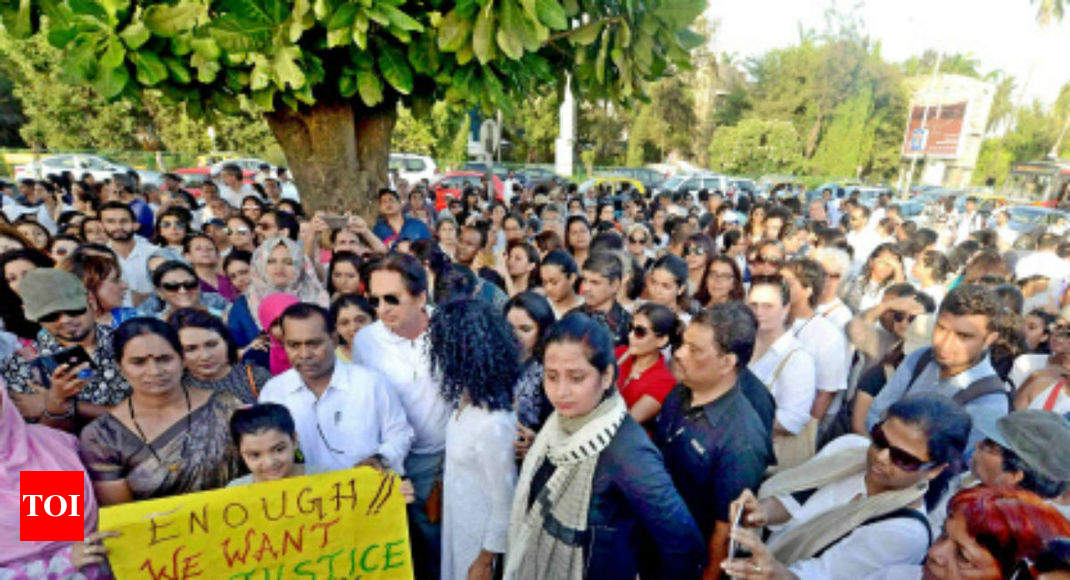 PATHANKOT: The complainant in the brutal rape and murder of an eight-year-old girl in Jammu and Kashmir’s Kathua in January this year was produced before the district and sessions judge here for recording his statement, officials said on Wednesday.

The complainant, who had adopted the victim, recorded his statement before the judge, they said, adding his statement would be recorded again on Thursday.

He reached the court under police protection and after the completion of day-long hearing, he was escorted back, they added.

He is the fourth witness produced by the crime branch before the court, which is hearing the case on the directions of the Supreme Court.

The complainant belongs to a nomadic minority community which shifts its base during the summer months from Jammu to higher reaches of Kashmir Valley.

The court had last month framed charges of rape and murder against seven of the eight accused, paving way for the beginning of trial against them.

Sanji Ram, who is alleged to have hatched the conspiracy with other accused for kidnapping the girl as a carefully planned strategy to remove the minority nomadic community from the area, is considered to be the main accused, the crime branch charge sheet has alleged.

The fate of the eighth accused, who claims to be a juvenile and is a nephew of Sanji Ram, is yet to be decided after the crime branch of the Jammu and Kashmir police contested his claim that he was a minor.

The court had also framed charges for destruction of evidence and under section 328 (causing hurt by poisoning with an intent to hurt) of the RPC.

The crime branch had filed a charge sheet on April 9 in Kathua in the case of kidnap, rape and murder of the eight-year-old girl on January 10 this year.

According to the chargesheet, the victim was held in captivity at a small village temple in Kathua district where she was kept sedated and sexually assaulted before she was bludgeoned to death.

The trial in the case began on May 31 with the seven accused being produced before the district and sessions judge after the Supreme Court transferred the case from Jammu and Kashmir to Pathankot in Punjab for a fair trial following a plea by the victim’s family.

While transferring the case from Kathua to Pathankot, about 30 km away, the apex court directed day-to-day in-camera trial in the case.