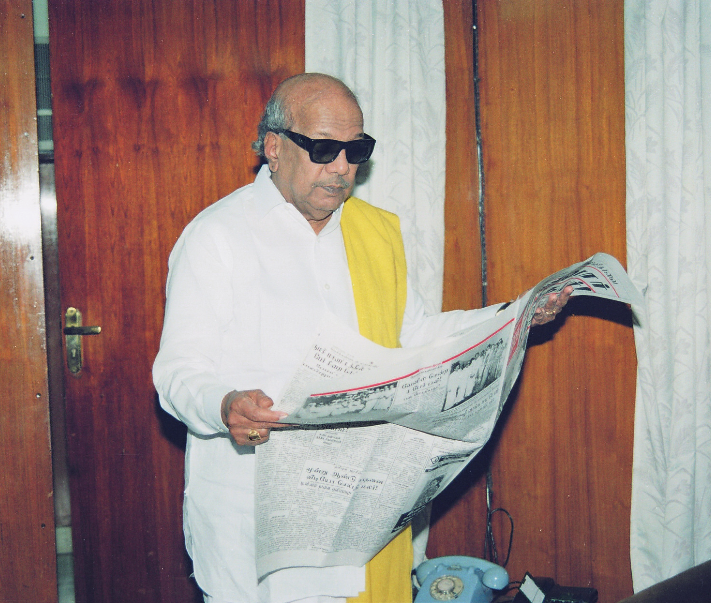 CHENNAI: It was with disbelief that a few print journalists received a call, a little past midnight on June 30, 2001, from a distressed family member, who said DMK chief M Karunanidhi had been arrested for corruption in the construction of flyovers across Chennai.

Pagers were popular those days and mobile phones not so affordable. So, the news had not gone ‘viral’ yet. The journalists piled into a car and headed for the police commissioner’s office here. It was a pitiable sight that greeted them.

Karunanidhi, seated in a car, sandwiched between two DMK leaders, his spectacles askew, his shirt ripped in places and appearing disturbed and shaken, said, “See what they have done to me? They tried to kill me.”

It was symbolic of the politics of vengeance for which Tamil Nadu had become notorious. The mini flyover case in which Karunanidhi and his son M K Stalin were accused of causing Rs 12crore loss to the Chennai Corporation was subsequently dropped by the state police for want of sufficient evidence.

It’s a different issue that the case was not pursued. But the developments only widened the political rift and deepened the personal enmity between the two leaders and set the tone for a genre of politics that saw them boycotting assembly sessions when the other was chief minister or avoiding being together in any interactive platform.

When Karunanidhi returned to govern the state from 2006 to 2011, his regime pursued with diligence the corruption cases against Jayalalithaa, her close aide V K Sasikala and her family members and a host of bureaucrats. The cases had been initiated during Jayalalithaa’s first tenure (1991-96).

While the Sarkaria Commission’s stinging indictment of the DMK government in the mid-1970s was recalled occasionally in the context of the cleverness with which the ‘scientific corruption’ was allegedly carried out, neither Karunanidhi nor Stalin, currently the DMK working president, was ever singed by allegations of wrong-doings.

After his arch rival M G Ramachandran’s death in December 1987, there was little room in Tamil Nadu’s bi-polar politics for any other player, barring himself and AIADMK leader Jayalalithaa. He took forward Periyar’s rationalist ideals, showcased the self-respect movement and authored the first freebie (free televisions for every poor household) in Tamil Nadu, fashioned after a model welfare state.

Starting his political career when he was just 14, Karunanidhi idolised Dravidar Kazhagam founder-leader Periyar (E V Ramasamy) and threw himself into a movement that ushered in path-breaking social reforms. Born in Thirukkuvalai, an agrarian hamlet in the coastal district of Nagapattinam, on June 3, 1924, Karunanidhi, fired by social cause, plunged into activism at the age of 14.

The story goes that his father, hailing from the isai vellallar community of nadaswaram players, took him out of school and enrolled him in a religious mutt in Thanjavur so that he would learn to play the instrument. But the boy, disturbed by the obsequious behaviour of his nadaswaram teacher towards the mutt manager, walked out, vowing never to touch the instrument again.

Starting with editing a student’s handwritten newspaper, Manavar Nesan, and another which grew into Murasoli, the DMK’s mouthpiece, he took to script writing for Tamil films which remained his foremost passion and stepping stone to a high-power career in politics. He promoted the DMK’s ideology in films and ironically enough scripted MGR’s political initiation. 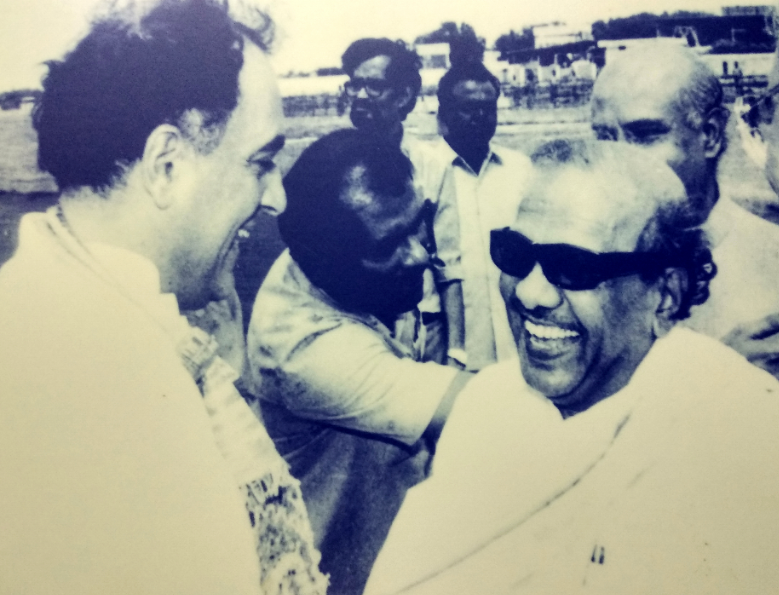 Winning his first assembly election in the Kulithalai constituency in Karuur district in 1957, he drew the attention of Periyar and DMK founder C N Annadurai with his talent, drive and ambition.

Soon after he became Tamil Nadu chief minister in 1969, he propelled the DMK and himself on a national platform. His administrative capabilities and deftness in sewing up national alliances are legendary.

His wit and oratorical skills, his political acumen and remarkable leadership qualities that helped to steer the DMK through a long drought when friend-turned-rival MGR governed the state for nearly a decade from 1977 were all hallmarks of an extraordinary leader who left an indelible mark on the Dravidian canvas and national political scene.

READ ALSO: Karunanidhi and Jayalalithaa have gone, Dravidian politics is not same anymore