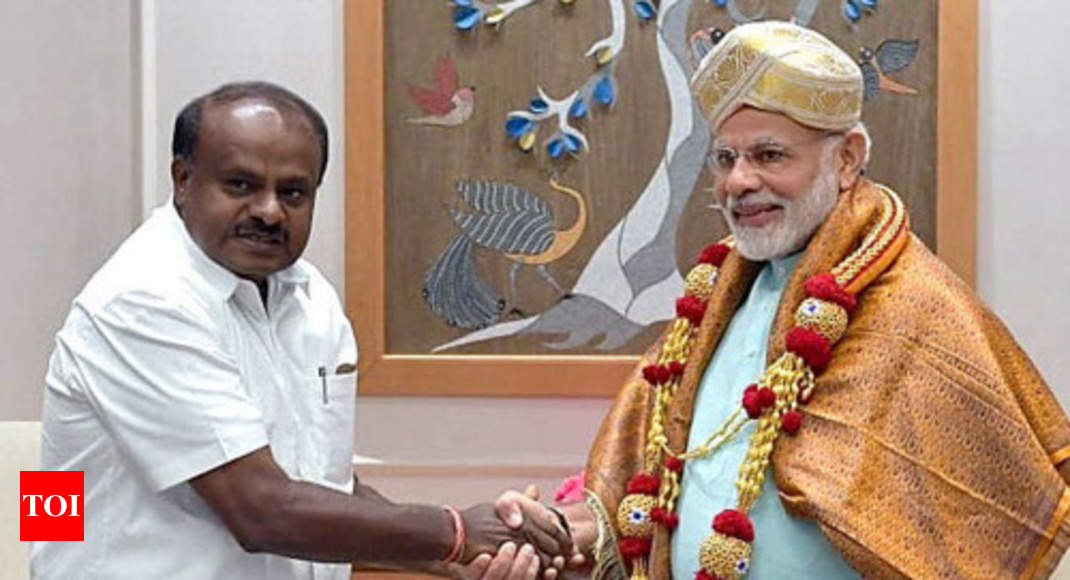 NEW DELHI: Karnataka chief minister HD Kumaraswamy on Monday shot off a letter to Prime Minister Narendra Modi seeking his intervention to ensure that the Aero India show was not moved out of Bengaluru.

The letter that was also posted on Twitter by Kumaraswamy on his personal account reads, “I would seek your indulgence in the matter to convey approval of Government of India for conduction of Aero India show-2019 in Bengaluru.”

In the letter Kumaraswamy writes, “Bengaluru being the hub for defence and aviation majors of the country, is certainly the most suitable place to conduct the show. This has been proved right time and again all these years. To aid and assist the Union Defence Ministry, State has also suitably upgraded its infrastructure in terms of roads, public amenities and smooth flow of traffic.”

The letter further reads, “Bengaluru with its past experience in conducting the show successfully, with its beautiful weather conditions and favourably located defence and aviation industries would be the best choice to conduct the Aero India Show.”

Earlier, commenting on the development, Union minister Ananth Kumar said that the defence minister hasn’t said anything about the issue so far. “Defence minister hasn’t said anything about Aero show shifting from Bengaluru to Lucknow,in fact it has been said that Lucknow doesn’t have required infrastructure. All Karnataka MPs will make a representation in this regard as well,” said Kumar.

The next edition of the Aero India show is scheduled to be held in February 2019. Bengaluru has been hosting the event since 1996.