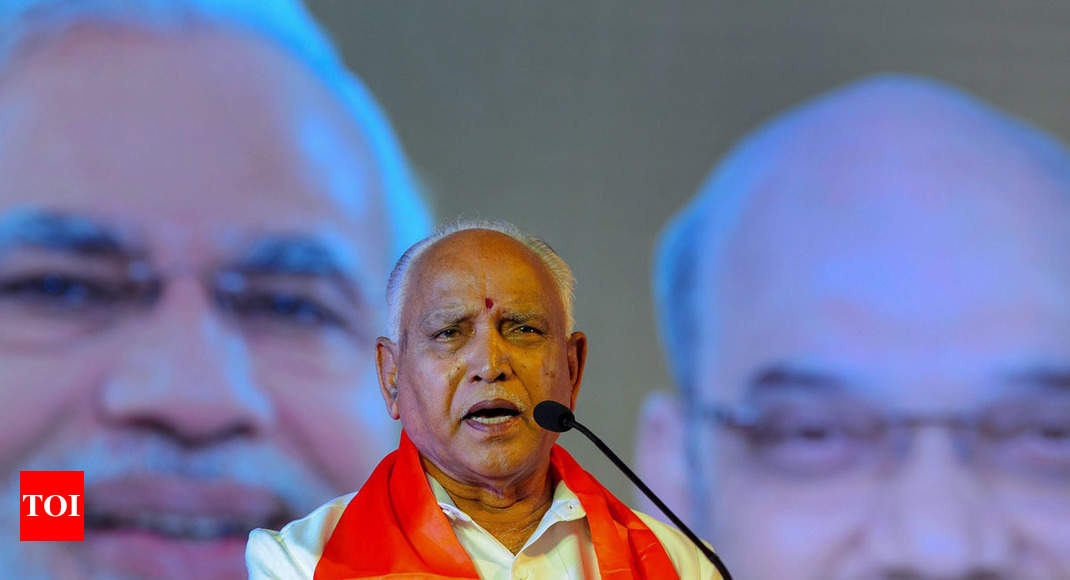 BENGALURU: The state BJP leadership on Friday gave green signal to its party cadre to approach dissident MLAs from the ruling Congress and the JD(S) camp and “lure” them towards the party in the interest of the nation’s development.

At the party’s first executive committee meeting, after the high voltage 2018 assembly elections, party state president BS Yeddyurappa hinted that the BJP is still “hopeful” of coming to power in the state.

“The desire of the people is still quite evident. They expect us to come back to power somehow. Since the mandate was given to the BJP … and with the intent of strengthening the party and propelling Prime Minister Narendra Modi back to power in 2019, I urge the party leaders to visit the homes of those who are unhappy with the Congress-JD(S)alliance and bring them to the BJP. We welcome all those who care about Karnataka and nation’s development,” said Yeddyurappa.

The former CM added that the party will be patient and not make any move in haste, considering the “instability” in the ruling coalition.

“The unholy alliance between the Congress and the JD(S) will is not likely to last the entire five years. We will wait till the budget is presented and then take the next step,” he said.

Later, national BJP general secretary P Muralidhar Rao urged the state cadres to be upbeat about the recent success in the state assembly, and said the entire country is divided into nationalists and anti-nationals.

“And we give an open invitation to those who have realised that siding with the anti-nationals is not the future of India, to come and join us. All those fighting for the nation are our own people and not the opposition,” he said.

The BJP praised the “presence of mind” of former Congress chief minister Siddaramaiah and said he has realised the fallacy of siding with the grand old party.

“Siddaramaiah has realised that the Congress due to its own doing, by trying to steal the mandate of the people, will be a loser in Karnataka. As a result of this, he has been voicing his opposition to the coalition decisions,” said Rao.

Do not make contradictory statements in media, BSY to state leaders

At the first state executive committee meeting of the BJP, after the assembly elections, state president and opposition leader BS Yeddyurappa warned the party leaders not to make “contradictory” statements on the political developments in the state.

“I ask our leaders and spokespersons who interact with the media to not make any contradictory statements, vis-a-vis the party stand, with regard to either the budget or the political developments in the state. Do not create any confusion. We will wait and watch,” he said.