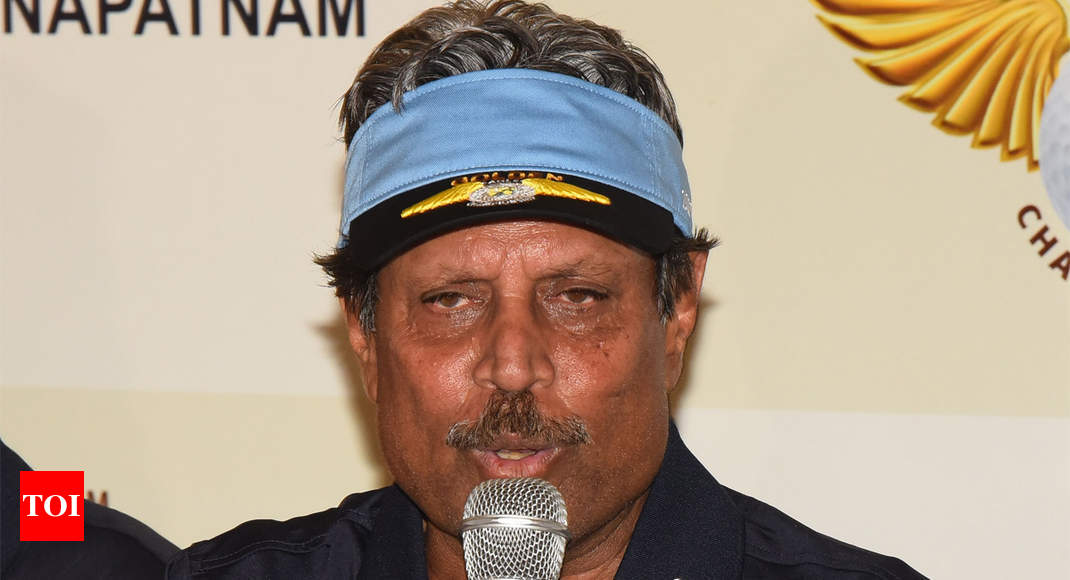 “One day a golf league should come out at that level where you can own a team and start playing in the manner IPL is played. I think, at this point of time, there is a struggle to conduct one,” he told reporters at $75,000 Louis Philippe Celebrity Pro-Am 2018, a PGTI and ADT co-sanctioned golf event.

Kapil expressed delight at many kids taking up the sport seriously and trying to build a career out of it.

“We have had a lot of youngsters making us proud in the sport and I strongly feel it wouldn’t be long before we see many more making greater strides in golf from India,” he said.

Delhi-based professional golfer Rashid Khan, a two-time winner on the Asian Tour, led his team consisting of former India cricketers Ajit Agarkar and Murali Karthik along with amateur Faiz Rizwan to a victory.

Rashid’s team managed a total score of 51 at the end of the Modified Scramble format competition, to walk away with the glittering trophies.

Pollock said he was amazed at the growth of golf in India.

“Starting from Anirban, Shubhankar, Rahil, Rashid Khan and the professionals who we played with are just a small showcase on how much talent exists in this country,” he said.

Thrilled with his victory, former Mumbai and India fast bowler Ajit Agarkar said it was great fun to play alongside Rashid and Karthik.

“There’s so much still to learn from the professionals. Just watching them play helps you learn so many new things about the sport of golf,” he said.

Kapil further said cricket is a team game and golf is a sport where the player keeps challenging himself, which is fun.

He said playing with Jayawerdene and Pollock made it all the more special.

Jayawerdene said, “Lifelong we played a team sport. But here there is no one to back up. We do this more for enjoyment. Compete amongst ourselves to do more better.”

Udayan Mane, who finished fourth in the Louis Philippe Cup on Friday, led his team to a second place finish with a score of 52.

Amateurs Saif Mekhar, Ritwik Jha and Srinath Rajam made up the other members of his team.

Sri Lankan professional Aruna Rohana, a regular on the PGTI, led a team consisting of amateurs Vinay Lakshmisha Sal, Saaday Tiwari and Vedant Jhaver to finish third on the same score as Mane’s team but the latter won on count-back.

Karthik won a second trophy on the day when he landed the ball just 4 feet 6 inches from the pin at hole six to claim the Louis Philippe Closest to Pin competition.