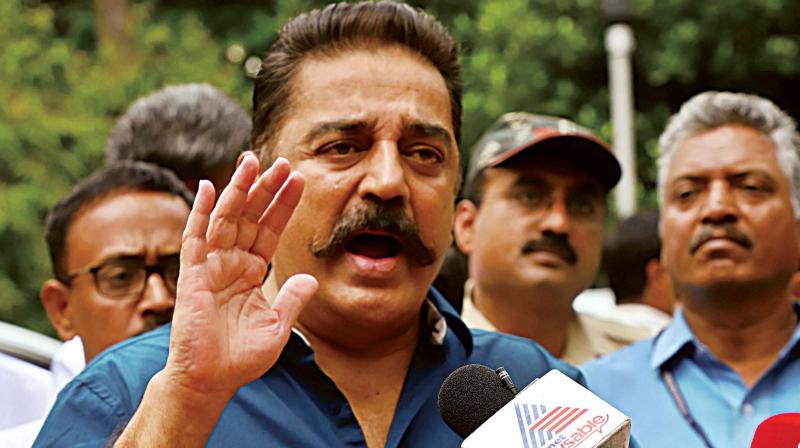 Bengaluru: Leaving the issue of Cauvery Board formation and other issues related to the Cauvery dispute between Karnataka and Tamil Nadu to the Centre and  Supreme Court, actor turned politician Mr Kamal Haasan on Monday requested Karnataka to release some water from its reservoirs for the Kuruvai crop.

“I have just come here as a messenger and I am ready to work in any capacity. I have spoken to farmers in Tamil Nadu too. I don’t mind being a mediator or even a doormat. It is the issue concerning farmers of both states,” he said.

Answering a question on the formation of the Cauvery Board, which has sparked a row between the two states, Mr Kamal Haasan said that these issues were being dealt with by the courts and the Union government.

“This is something which can be resolved through talks and on humanitarian grounds. We will continue to hold talks,” he said.

Asked if he had come to negotiate on theRajanikanth starrer Kaala, Mr Haasan said that issue did not come up for discussion, adding that it was a row between the movie producers and the film chamber.