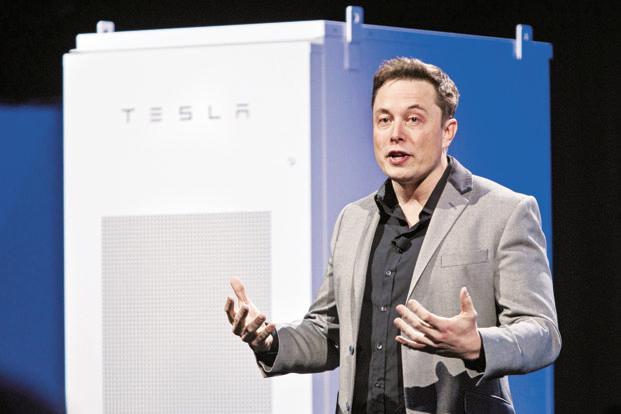 New York: Elon Musk added $1.4 billion to his fortune on Tuesday with a single tweet. Shares in Tesla Inc. climbed 11 percent to $379.57 at 4 p.m. in New York, taking Musk’s fortune to $25.8 billion after he said he’s considering taking the electric-carmaker private at $420 a share. His missive came minutes after the Financial Times reported that Saudi Arabia’s Public Investment Fund had built an undisclosed stake of 3% to 5% this year, citing people with direct knowledge of the matter it didn’t identify.

Musk’s tweet said he’s secured funding without providing details. A price of $420 a share would value the company at $82 billion including debt. Even as the world’s 31st-richest person and Tesla’s largest shareholder, Musk would be reliant on outside funding for any buyout since his fortune is highly illiquid. The chief executive officer said in an email to employees that shareholders would have the final say if he decides to follow through on going private.

About half of his $26 billion net worth is held through his stake in Space Exploration Technologies Corp., which the billionaire has vowed to keep private until it starts making regular missions to Mars, which is years from now. His $13 billion Tesla stake would presumably be rolled into the private enterprise. Musk, 47, has already pledged some of his shares of Tesla’s common stock to secure bank borrowings, according to a June 2018 filing.

A buyout at $420 per share probably won’t let Musk reap any benefit from the $2.6 billion stock option grant he received this year. At that price, the value of the shares alone comes to $72 billion, falling short of the initial performance hurdle of $100 billion. That means the securities would be forfeited.