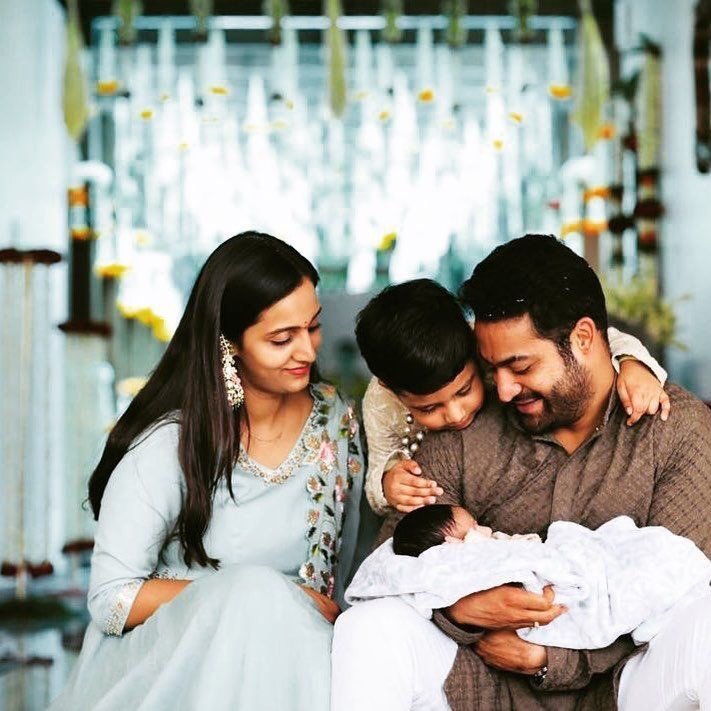 On Wednesday morning, Jr NTR and his wife Pranathi held the naming ceremony of their recently born son at their residence. The proud parents have named him as Bhargav Ram.

Jr NTR took a day off from the shooting of his film Aravinda Sametha to celebrate the occasion with his family and close friends, including his father Hari Krishna’s family, his brother Kalyan Ram’s family and uncle Ramakrishna’s family. Director S.S. Rajamouli, who is very close to the actor, was also present.

Interestingly, it seems that Jr NTR has continued the family tradition of adding ‘Ram’ at the end of the name, which is why he chose Bhargav Ram for the newborn and Abhay Ram previously for his elder son. The actor posted a picture of his family and announced the name in social media. “The little one is Bhargav Ram,” shared Jr NTR on his Twitter and Instagram accounts.