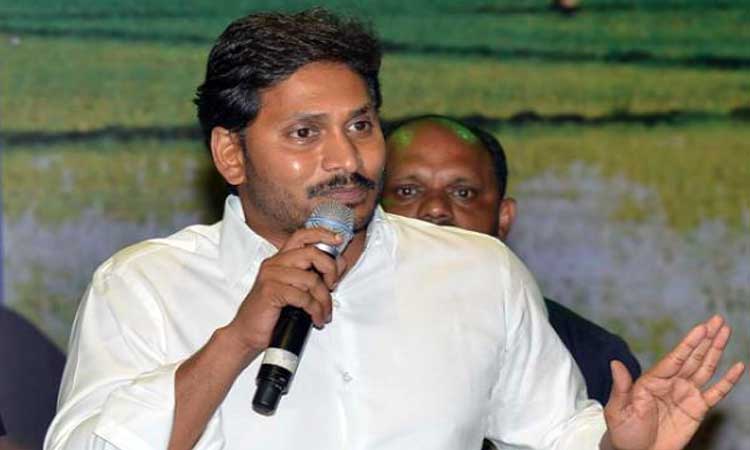 KURNOOL: It is not just YSRC president Y.S. Jagan Mohan Reddy who has completed walking 2,450 kilometres of his padayatra in 200 days. There are at least 50 others who have done the same but without anyone noticing them. Mr Reddy walks in the comfort afforded by a support team, something that is not available to most of the others. “It is difficult to identify the people who walk with Mr Jagan Mohan Reddy. There are intelligence officers, TD ‘plants’, enthusiasts and authors. Each of them is walking with a predetermined purpose,” said a manager of the yatra.

“The walkathon is easy sir as we just walk 12 kilometres a day,” said a person on the padayatra. The yatra which started on November 6 at Idupulapaya in Kadapa district with much fanfare had about 200 persons accompanying the YSRC chief; their numbers has now dwindled to just 50. Most of them were asked by Mr Jagan Mohan Reddy not to walk with him citing their age and health. One enthusiast, Ranga Reddy, died of a heart attack during the Nellore yatra. Several people walking along with Mr Jagan Mohan Reddy take calls from their leaders to assess the going-ons at the road shows.

“One day it so happened that we pulled out a youth who was working for the TD and thrashed him. We retired him even though he was willing to walk,” said a person on the padayatra. Mr Prashant, an enthusiast, said Mr Jagan Mohan Reddy’s private security detail had 18 youths drawn from the villages in Lingala, Tsundur, and Pulivendula mandals. The padayatra was being followed by seven intelligence officials. “These officials walk with Jagan on rotation. But the people are same,” he said.

The scene is frequently chaotic, amid which some security personnel take bribes to allow people to meet the YSRC chief. A party manager on the yatra said. “We cannot control the practice as Jagan himself as said ‘let them take (bribes). They don’t have any other source of income”. Only women, teenagers, and the differently abled are given free access, it is said.  Mr Sridhar Reddy of Tummalapalle in Tsundur mandal of Pulivendala said, “We have seen rain, shine, honey bee attacks, locusts and stinging mosquitoes. Undeterred, we march on.” What changes did they experience? “Nothing much except that I had three hair cuts, shed five kg and lost the usual Pulivendula temper,” he said.

Asked about security issues, Mr Sridhar Reddy said a youth sustained injuries when he was pushed by the ‘rope party’ around the YSRC chief.  “It became a big issue as he belonged to an influential community whose votes Jagan seeks. They were pacified only after a top leader of that community intervened,” he said.
The yatra got a break on Thursday due to heavy rain. Mr Reddy will continue through Amalapuram in East Godavari and enters Mummidivaram on Saturday. In all likelihiood, he may terminate his yatra if there is an election notification. According to the original plan, the yatra is expecetd to end at Itchapuram in Srikakulam district on September 23.