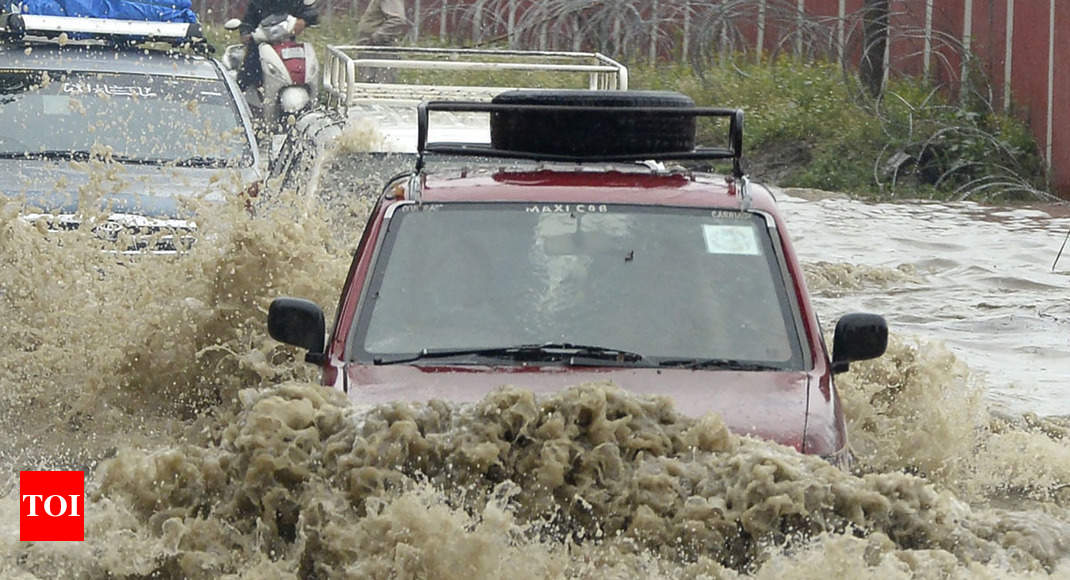 SRINAGAR: Timely action by the authorities on Saturday saved south Kashmir’s Pampore town from being inundated as the flood situation continued to remain grim in the Kashmir Valley.

Police, roads and buildings department and the border roads organisation personnel plugged a breach in the embankment of River Jhelum in Pampore area saving the town.

Jammu and Kashmir Governor NN Vohra chaired a meeting of senior officials here to discuss the relief measures and the situation that has arisen due to the swelling water level in River Jhelum and its tributaries.

The flood control department has already declared an emergency in the Valley as the water level in the river crossed the danger mark at Sangam (Anantnag), Ram Munshibagh (Srinagar) and Asham (Bandipora) areas.

Authorities closed all the schools and colleges in the Valley on Saturday.

Flood control rooms and helplines have been set up in all districts of the Valley where the concerned district magistrates are personally supervising the relief and rescue preparedness.

People living in low lying areas and along mountain streams have been advised to remain alert and not to venture near the swollen water bodies.

Volunteers of disaster management and state police are continuously monitoring the situation along the embankments of River Jhelum to ensure that any breach in the embankment is plugged in time.

Many low lying areas in Srinagar, Anantnag, Pulwama, Kulgam and other places are facing problems of water logging and accumulation of rain water in congested residential areas.

The Amarnath Yatra remained suspended for the second consecutive day as authorities did not allow any pilgrim to move from Jammu towards the valley on Saturday.

Pilgrims are safely lodged at the two base camps of Baltal and Pahalgam where authorities have made adequate arrangements for them.

Meanwhile, Sonam Lotus, director of the MET department told IANS that there had been relatively lesser rainfall in the Kashmir Valley during the last 12 hours as compared to the previous corresponding period.

“There would be light rainfall in the state during the next 24 hours (till Sunday) and there is no likelihood of any major flood in the valley.

“At the same time, the possibility of low lying areas getting inundated cannot be ruled out.