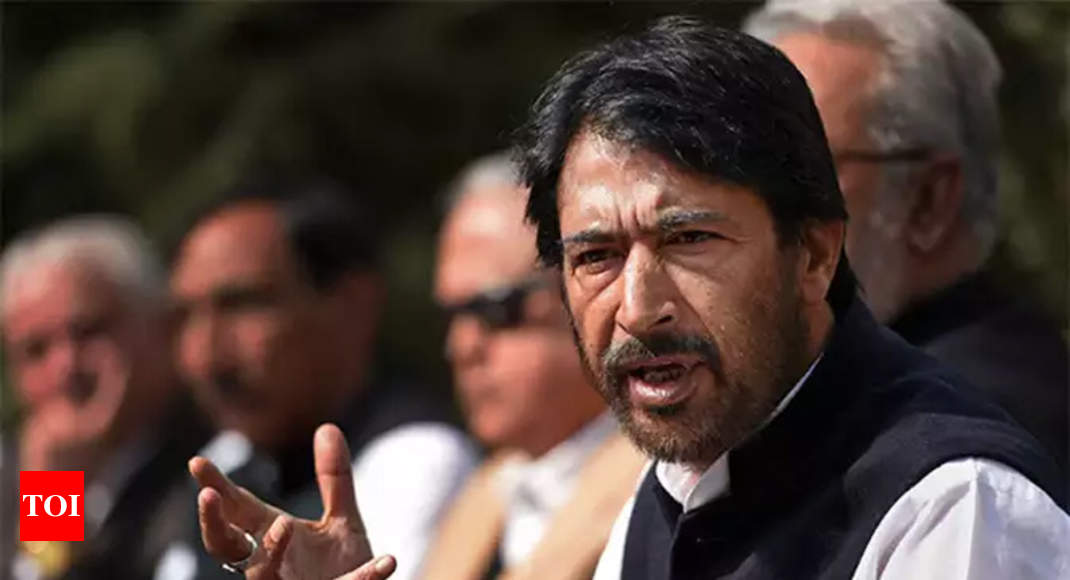 JAMMU: A group of Congress workers in Kishtwar district of Jammu and Kashmir on Friday threatened to quit the party if the sitting legislator from Inderwal seat, GM Saroori, is retained as its candidate in the next assembly polls.

The public bickering in the Congress came a month after former minister Sham Lal Sharma resigned as senior vice president of the state unit in protest against J&K party chief GA Mir’s alleged failure to address the issues faced by the people of Jammu region.

The Congress workers foresee early assembly elections in the state in the wake of BJP withdrawing support to the PDP-led government paving way for the imposition of Governor’s rule.

Nearly two dozen Congress workers, including Pradesh Congress Committee and District Congress Committee members, said they were forced to revolt against MLA Saroori because of the alleged failure of the party leadership to “take note of our complaints”.

“We made every attempt to reach out to the state party leadership and tried to meet the party high command through former chief minister Ghulam Nabi Azad. All our efforts failed to bore fruit,” DCC member Mansoor Ahmad Bhat told reporters.

State Congress chief spokesperson Ravinder Sharma, when contacted, said: “The party has taken note of the matter and will take appropriate action to address their grievances if they are genuine workers of the party.”

“Saroori is vice president of the party, a former minister and three-time MLA enjoying popular support of the people of his constituency. Nobody has ever made any complaint against him,” Sharma said.

He said it was wrong on the part of the workers to go to the press directly, without meeting party chief Mir in Jammu.

But Bhat said they visited the party office after Mir gave them time this morning. “When he failed to turn up, former minister Raman Bhalla and chief spokesperson tried to persuade us with an assurance that they will resolve our grievances.”

Another DCC member Sarfaraz Khan said they decided to reach out to the party high command through the media as they had “enough assurances from various leaders in the past”.

He said the people in Inderwal constituency are fed up with Saroori and his alleged practice of nepotism.

“We want an inquiry into his assets… We have worked round-the-clock to ensure his victory for the third time in the last assembly polls despite a wave in favour of BJP. He is ignoring workers leave aside the common people,” Khan said.

The Congress workers said they want social activist Pyare Lal Sharma as the party’s candidate from the constituency.

“If the party pays no heed to our plea, we will be forced to say goodbye to the party,” Bhat said.