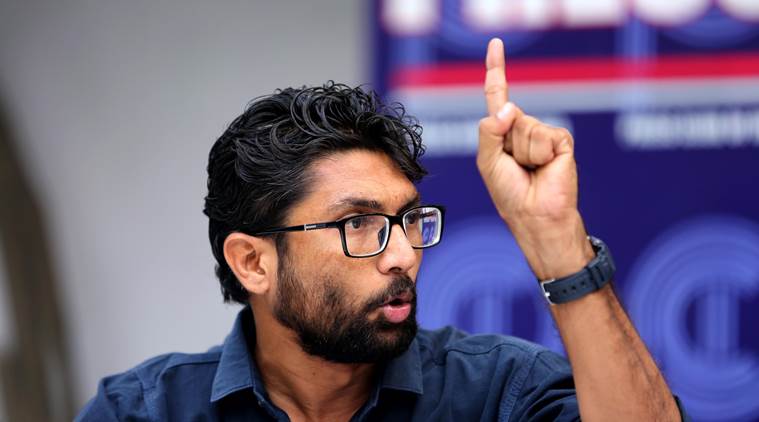 A day after he was denied permission to hold a rally in Mumbai, newly-elected Gujarat MLA Jignesh Mevani slammed the central government saying he is being targeted. He also asked Prime Minister Narendra Modi to clear his stand on the recent violence in Maharashtra.

“I am an elected representative. BJP is scared of me. We want a caste-less India. Don’t Dalits have the right to protest?” Mevani said at a press conference in New Delhi on Friday.

Jignesh Mevani and JNU student Umar Khalid were earlier booked by the Pune police for allegedly “creating communal disharmony” during a “provocative speech” at an event on the 200th anniversary of the Bhima Koregaon battle. The Pune event was followed by a series of protests across Maharashtra with Mumbai being the hard-hit on Tuesday. On Thursday, the Mumbai police had denied Mevani permission to hold a rally.