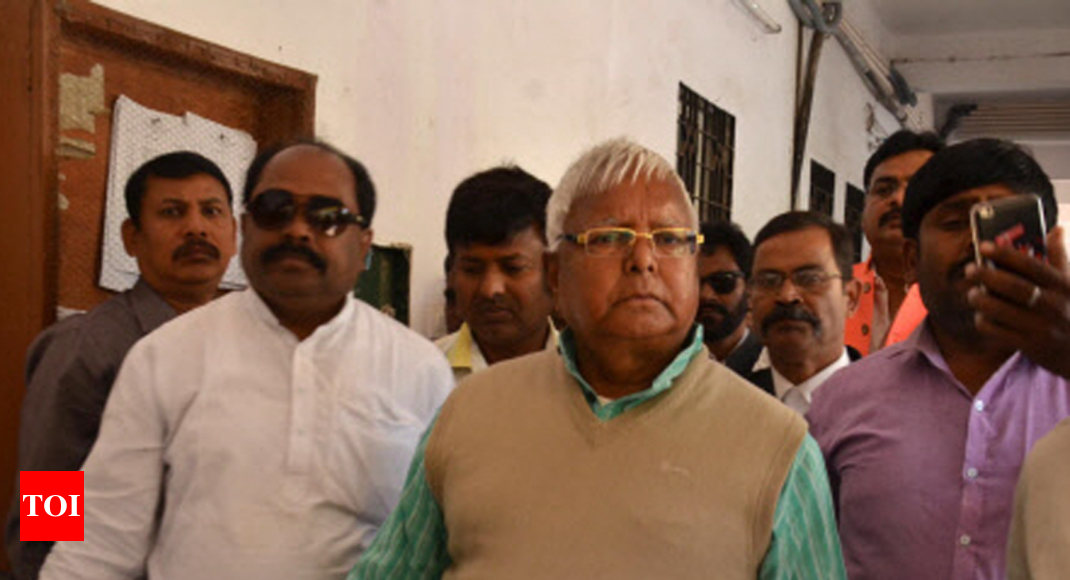 RANCHI: The Jharkhand high court on Friday extended the provisional bail of RJD supremo Lalu Prasad for another six weeks on medical grounds in the fodder scam cases.

Prasad, whose provisional bail was extended till July 3 last Friday, would now remain on bail till August 17 as per today’s order.

The extension of the bail duration by Justice Aparesh Kumar Singh of the Jharkhand High Court was granted in three cases of multi-crore fodder scam related to fraudulent withdrawal of money from Chaibasa, Deogarh and Dumka treasuries by the Animal Husbandry department in combined Bihar in the 90s.

The former Bihar chief minister is at present admitted to a Mumbai hospital where he is recuperating after an operation of fistula on last Sunday.

Prasad’s close aide Bhola Yadav expressed happiness over the extension of the bail period and told PTI over phone that the RJD president would remain in the Asian Heart Institute Hospital in Mumbai till doctors advise him.

CBI advocate Rajiv Sinha objected to it, saying the Rajendra Institute of Medical Science at Ranchi is capable to handle the case.

The bench had on May 11 granted six weeks provisional bail on medical grounds, which was to expire on June 27. On June 22, the bench of acting Chief Justice D N Patel extended it till July 3, fixing today to for hearing.

The next date for hearing is on August 10.

Chitranjan Sinha, who assisted Abhishek Manu Singhvi today, said that on August 3 they have to submit latest medical reports of Prasad.

In the first case RC 20A/96 related to Chaibasa treasury, Prasad was sentenced on September 30, 2013 for five years and barred from contesting elections for six years. Later, he got bail in the case.