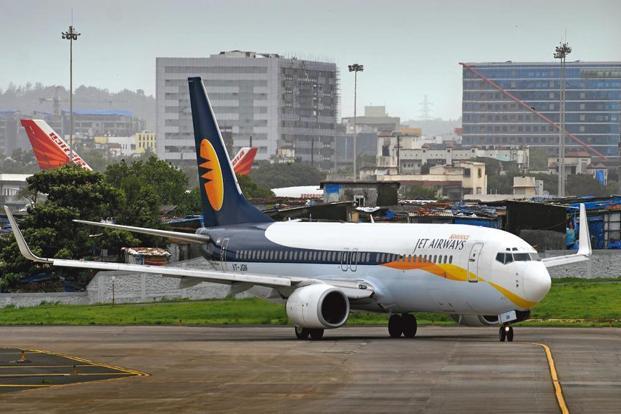 The Jet Airways management had earlier this week asked a section of its employees to take up to 25% cut in their salaries as cost of operations for the airlines has been increasing on the back of rising crude and a falling rupee. Photo: Mint

Mumbai: Naresh Goyal-led Jet Airways is not in talks with any party for a potential stake sale, the airline’s chief executive Vinay Dube said on Friday.

“Jet Airways (India) Ltd would like to clarify that recent media reports about the sustainability of the airline are not only factually incorrect, but also malicious,” said Dube. The airline would also like to deny any conjecture of a stake sale, he added.

Mint had on 3 August reported that Jet Airways had yet again approached investment bankers to help sell a stake in the carrier.

“Jet Airways is looking to raise immediate cash and the transaction may include Jet Airways founder Naresh Goyal offloading a part of the promoter’s stake in the company,” Mint had reported quoting people familiar with the matter.

The aviation industry is currently passing through a tough phase, given a depreciating rupee and the mismatch between high fuel prices and low fares, which has impacted the airline, said Dube.

Jet Airways is focused on creating a healthier and more resilient business and is implementing several measures to reduce cost, as well as realise higher revenue, for desired business efficiencies, he said. “Some of these areas, among others, include sales and distribution, payroll, maintenance and fleet simplification. As part of these measures, the company has been in dialogue with all its key stakeholders—internal and external.”

“The dialogue with employees has been to apprise them of the challenges being faced by the aviation sector in India and by the company, in particular, with the intent to enlist their full support and cooperation for realising necessary savings across all business functions,” he explained.

The Jet Airways management had earlier this week asked a section of its employees to take up to 25% cut in their salaries as cost of operations for the airlines has been increasing on the back of rising crude and a falling rupee.

“While continuing with cost-saving and revenue-enhancement measures to create a growth-oriented sustainable future, Jet Airways will continue to accord highest priority to safety and will ensure that safe operations continue to be resourced as required under regulatory compliance.”

“We are confident that the various transformation initiatives identified and under implementation by the company will help in addressing the current issues faced by us and the industry,” he said.