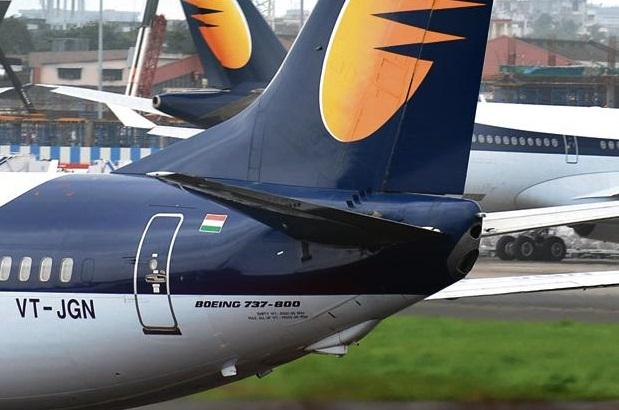 Mumbai: Jet Airways (India) Ltd has written to a consortium of overseas lenders, seeking a waiver of a loan covenant on its existing debt facility of about $185 million, two people directly aware of the development said. The move is part of efforts by the embattled carrier, controlled by Naresh Goyal, to avoid a default on its loan repayment obligation, the people said, requesting anonymity. The loan was arranged by Dubai-based Mashreq Bank.

Jet Airways told the lenders that it would not be able to meet the minimum $50 million profit condition for FY19 as stipulated in the loan covenant, one of the two people cited above said. 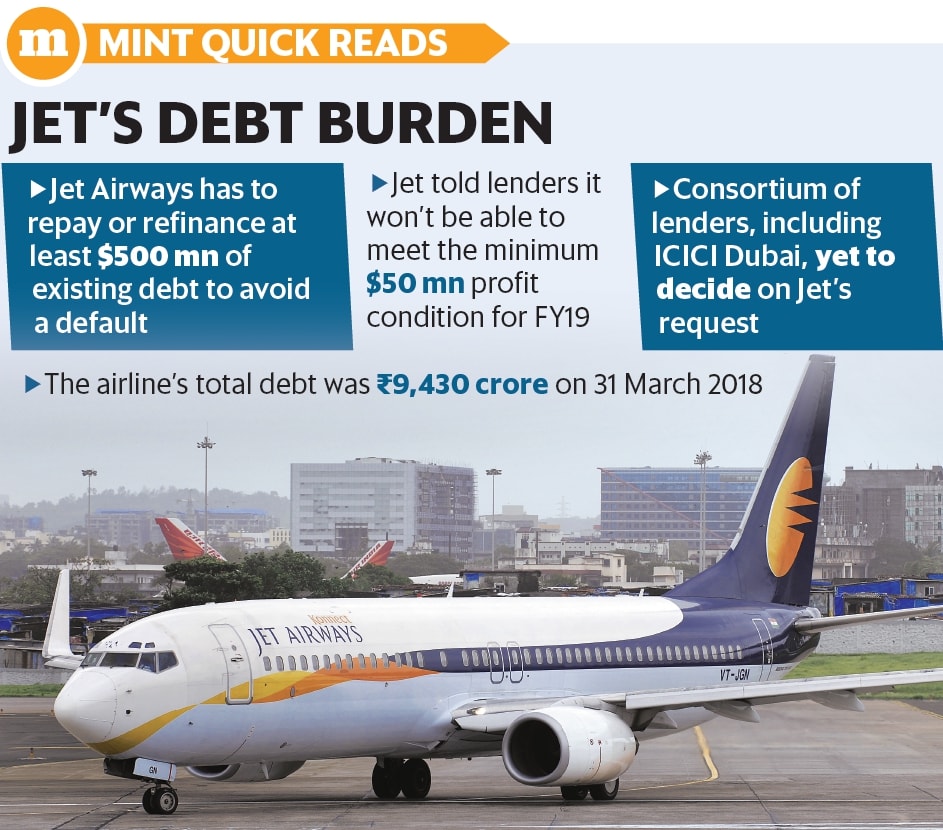 “The lender group comprising several United Arab Emirates-based banks is yet to take a final decision on the airline’s request,” the person said. The Dubai branch of ICICI Bank Ltd also contributed to the $185 million loan to Jet Airways, the person said without disclosing the other lenders.

Covenants are conditions put in place by lenders to protect themselves from defaults by borrowers. Lenders may recall a loan, seize assets or slap penalties in case the borrower violates a loan covenant.

Rising jet fuel prices and a weakening rupee have swelled operating costs of Indian airlines as a majority of the payments are dollar-denominated, resulting in carriers reporting losses or lower profits in the past couple of quarters.

The benchmark Brent crude price surged 40% in the past 12 months. In the same period, the rupee weakened 8.2% against the dollar.

The people cited before said Jet Airways has to repay or refinance a total of at least $500 million of its existing debt in the near future to avert a potential default.

“Jet Airways has also been in talks with domestic lenders in India to raise rupee debt, but the talks are yet to fructify,” the second person said.

A Jet Airways spokesperson said the airline has an excellent relationship with its lenders and is compliant with credit agreements.

“… if any waiver of certain condition is required, it is obtained on timely manner,” the spokesperson said on Sunday, without elaborating.

Jet Airways had on Saturday said that it had been regular in payment obligations to lenders and statutory dues including provident fund obligations.

Mint had on 3 August reported that Jet Airways has approached investment banks again to help sell a stake in the carrier, citing two people with direct knowledge of the matter.

Raising additional funds is critical for the airline, owned 24% by Etihad Airways PJSC of Abu Dhabi, as it faces several challenges including a surge in fuel prices, weaker rupee and intensifying competition.

On Monday, the spokesperson for Jet Airways said the airline “has been evaluating various funding options to meet its liquidity requirements on priority”. The spokesperson, however, said that “the recent news on stake sale by Jet as well as any move to monetize its investment in the frequent flier programme, Jet Privilege, is purely speculative”.

A senior State Bank of India official, who spoke on condition of anonymity, said on Monday that while Jet Airways’ is considered a standard account and not a special mention account (SMA1 or SMA2), it has been placed on the watch list. The official said SBI is closely monitoring Jet Airways’ repayment schedules.

SBI, one of Jet Airways’ top lenders, has an exposure of less than ₹2,000 crore in the airline.

A large part of SBI’s exposure to Jet Airways is in the form of non-fund exposures through guarantees.

The Reserve Bank of India (RBI) classifies loans with overdues of 31-60 days as SMA1 and the ones with repayment overdues between 61-90 days as SMA2. Both SMA1 and SMA2 fall under the standard category of loans. It is only after a loan is overdue beyond 90 days that it is termed non-performing and substandard.

The banker added that the company had also not been classified as an SMA0 account. Under RBI’s classification, loan repayment overdues of up to 30 days are termed SMA0.

Jet Airways had on 10 August deferred announcing earnings for the quarter ended 30 June. It said the chairman of the audit committee informed the airline’s board at its meeting that day that the management needed further time to finalize the accounts.

Jet Airways has yet to announce a fresh date for the quarterly earnings. A spokesperson said the revised dates would be informed in due course.

Press Trust of India on 13 August said the Directorate General of Civil Aviation is set to conduct a financial audit of Jet Airways after the airline postponed its June quarter earnings.

Shayan Ghosh contributed to this story