Jet Airways says not aware of any government inquiry | BUSINESS
Categorized as
218
Tagged as
Blackstone Group LP is in talks to buy a stake in Jet Air’s loyalty program Jet Privilegedeferred earningsJet Airways shares fell as much as 3.9% in MumbaiTPG Capital LP is considering an investment in the airline.
Related 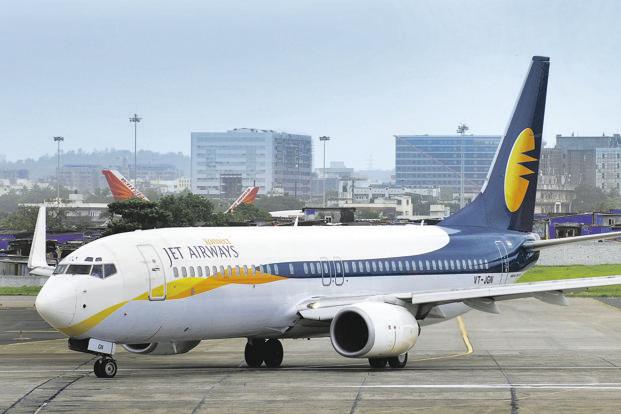 Jet Airways shares fell as much as 3.9% in Mumbai after Moneycontrol first reported the alleged embezzlement of funds. Photo: Abhijit Bhatlekar/Mint

Jet Airways (India) Ltd, the carrier that deferred earnings this month pending endorsement of its books by auditors, said it’s unaware of any probe initiated by government authorities after a report said the company is under scrutiny for alleged embezzlement of funds. Jet Airways “has not received any communication from the Ministry of Corporate Affairs in this regard,” it said in a statement to the stock exchange Tuesday.

The Registrar of Companies, which is under the ministry of corporate affairs, has started an initial inquiry into potential wrongdoings such as diversion of cash, and will also look at the role of auditors, people familiar with the matter said, asking not to be identified citing government rules. The examination is only preliminary, and it may turn into a formal probe upon any evidence, one of them said.

Jet Airways shares fell as much as 3.9% in Mumbai on Tuesday after Moneycontrol.com first reported the development. The stock has plunged 65$ this year, compared with a 9% drop for rival IndiGo, the low-cost airline operated by InterGlobe Aviation Ltd, and a 12% gain for the benchmark Sensex.

The examination of its accounts by authorities is the latest trouble to hit the Mumbai-based airline, which is seeking funds to meet liquidity requirements after cash on hand dwindled to $46 million, the lowest since at least 2008. The company has reported losses in all of the last 11 financial years but two, and needs to repay about $447 million in debt coming due through 31 March.

The carrier, part-owned by Etihad Airways PJSC, deferred its earnings originally scheduled for 9 August by more than two weeks, saying the company’s management and auditors needed more time to finalize its accounts. It will now announce its results on 27 August.

Lenders want Jet Airways to raise money by selling shares before they could commit to any additional loans, people familiar with the matter said last week. Blackstone Group LP is in talks to buy a stake in Jet Air’s loyalty program Jet Privilege, Bloomberg News reported last week, while Mint reported Monday that TPG Capital LP is considering an investment in the airline.