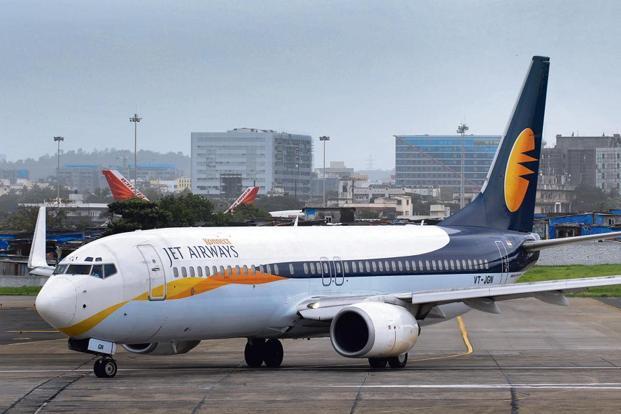 Jet Airways has not disclosed the number of seats offered under this sale. Photo: Mint

New Delhi: Full service carrier Jet Airways is offering up to 30% discount on base fares on domestic as well as international flights under a sale which will be open for bookings till 23 July, 2018. According to the airline’s website, “up to 30% discount is applicable on base fare in Première and Economy from India to destinations across its international network on flights operated by Jet Airways and to select destinations in Europe on flights operated by Jet Airways and codeshare partners Air France and KLM Royal Dutch Airlines.”

Jet Airways also said that this is not applicable for travel to Toronto and on one-way journeys in Economy from Kolkata to Dhaka. This discount offer from Jet Airways on international routes is applicable on travel after 17 July but travel to Manchester must commence on or after 5 November, 2018.

Jet Airways is also offering up to 25% discount on base fare in Economy class on select domestic flights. Jet Airways has not disclosed the number of seats offered under this sale.

In a separate offer, another full service carrier Vistara has come up with a 24-hour monsoon flash sale. Vistara is offering economy class fares starting from Rs 1,299, premium economy fares from Rs 2,449 and business class fares starting at Rs 6,099. The Vistara offer is applicable for travel between 25th July, 2018 and 11th October, 2018. Vistara has not disclosed the number of seats put up for grabs under this offer.

The monsoon season is a lean season for airlines in India and they come up with discounted ticket offers to woo flyers.

Budget carrier AirAsia India has announced up to 30% discount on domestic flight tickets. This AirAsia India offer is open for bookings till 22 July 2018 and applicable on travel from 17 July to 30 November 2018. AirAsia is offering overseas flight tickets to Kuala Lumpur from cities such as Bhubaneswar and Visakhapatnam at fares as low as Rs 3,999.