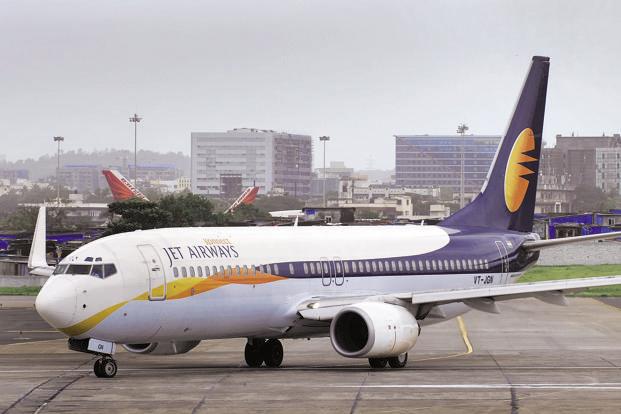 New Delhi: Beleaguered carrier Jet Airways Ltd has not yet approached State Bank of India (SBI) for any funds, the chairman of the country’s top bank said on Tuesday, according to television channel CNBC-TV18. Jet Airways, India’s biggest full-service carrier, told staff earlier this month it was running out of money, a source had told Reuters, but it has denied this and said it is confident of cutting costs and keeping its planes flying.

SBI chairman Rajnish Kumar said Jet Airways’s account with the bank is ‘standard’, according to CNBC-TV18.

Jet Airways is seeking to bolster its finances after reporting a loss in the year ended 31 March. Rising jet fuel prices have eroded cash and inflated its total debt to 55.4 times earnings before interest and tax as of March. The carrier said 9 August that the audit committee did not recommend financial results for the board’s approval, “pending closure of certain matters.”

Shares of Jet Airways fell as much as 2.3% on Tuesday in Mumbai. They have tumbled about two-thirds this year, headed for their biggest decline since 2011, and are trading at their lowest level since June 2015.

The NSE and the BSE on Monday sought clarification from the company on why the results have been delayed and told Jet Airways to disclose the fresh date for its earnings.

State Bank of India, HSBC Holdings Plc and Axis Bank Ltd. are among lenders to the Mumbai-based carrier, which owes a total Rs 9,430 crore. It had cash and equivalents of Rs 320 crore at the end of March.