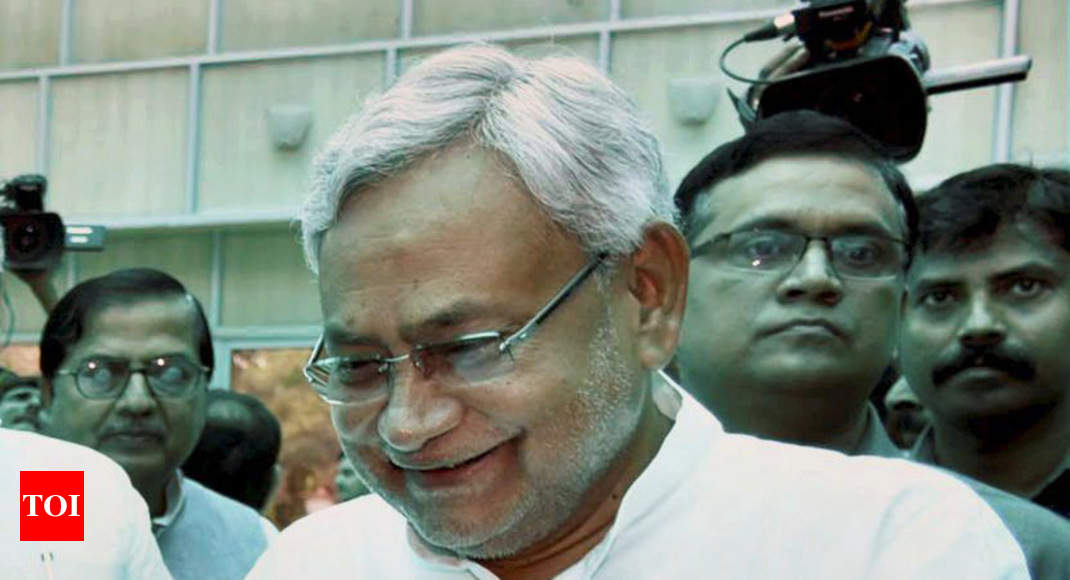 PATNA: Nitish Kumar-led JD(U), which is an ally of the BJP at the Centre and Bihar, on Saturday opposed the Narendra Modi government’s Citizenship (Amendment) Bill-2016 saying it would hamper cultural and linguistic identity of the indigenous people of Assam and other northeast states.

The JD(U) move may aggravate its already strained ties with the BJP especially in Bihar where it is running a coalition government with the support of the saffron party having 53 MLAs in 243-member assembly.

“JD(U) as a party has decided to oppose the current formant of the Citizenship (Amendment) Bill-2016 because we strongly believe that India is a secular state and citizenship cannot be determined on the basis of religion,” JD(U) national secretary Sanjay Verma told TOI on Saturday.

Verma also said he has the consent of his party chief and Bihar CM Nitish Kumar to oppose the Bill, which currently is being examined by a Joint Parliamentary Committee.

The Bill proposes to amend the Citizenship Act, 1955 to make illegal migrants who are Hindus, Sikhs, Buddhists, Jains, Parsis and Christians from Afghanistan, Bangladesh, and Pakistan, eligible for citizenship in India. However, the Bill’s provisions have not been extended to illegal Muslim migrants as of now.

Verma said, “If the Bill is passed and made an Act, it will nullify the updated national registration of citizenship, which is currently underway in Assam and other northeast states.”

Earlier on May 17, a delegation of All Assam Students Union (AASU) had called on Nitish Kumar in Patna and urged him to raise with the Centre the issues related to certain controversial provisions of the Bill which are discriminatory on the basis of religion.

The AASU leaders, during their meeting with Nitish, had also pointed out that the Assam Accord of 1985 would also become irrelevant once the Citizenship (Amendment) Bill 2016 was passed in Parliament and took the shape of Act. Certain provisions in the Bill would negate the protection granted to people of Assam under Assam Accord 1985, they told Nitish.

In Assam, NDA’s other ally the Asom Gana Parisad (AGP), also has expressed its unhappiness about the Bill.

JD(U)’s stand on the Bill assumes significance in the context of its ties with the BJP because the party’s has come out with a statement just 11 days before the BJP chief Amit Shah’s proposed visit to Bihar on July 12.