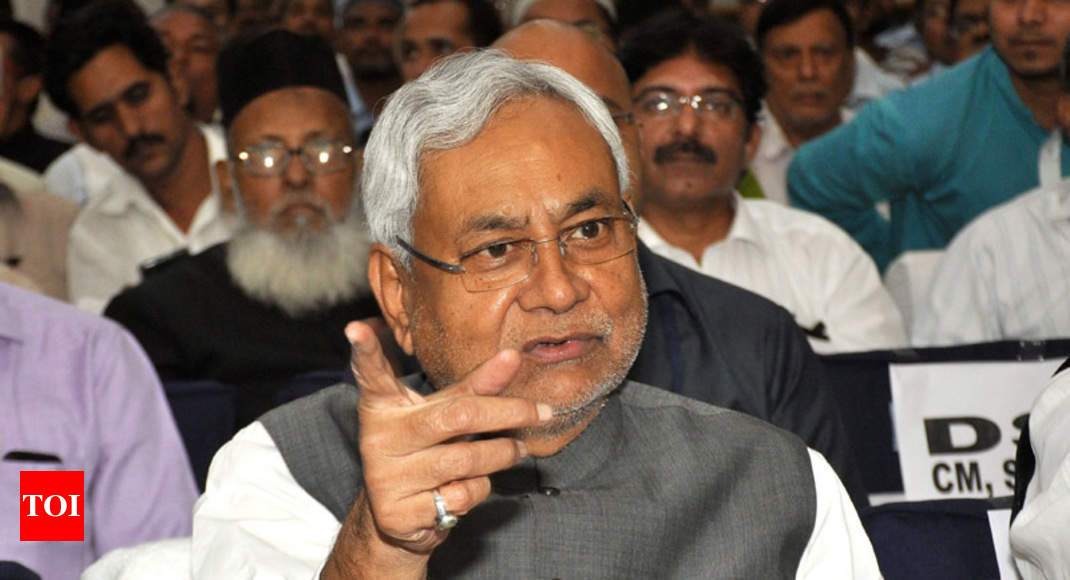 GUWAHATI: Bihar’s ruling party Janata Dal (United) has opposed the Citizenship Amendment Bill 2016 at a time when several organisations in Assam are up in arms against the proposed legislation.

JD (U) national secretary Sanjay Verma said in a statement on Saturday that the bill will hamper cultural and linguistic identity of indigenous people of Assam in particular and northeast in general. He said India is a secular country and citizenship cannot be determined on the basis of religion.

“If citizenship bill comes into a legislation it will nullify the updated national registration of citizenship, which is currently underway in Assam,” Verma said, adding that Bihar CM and JD(U) chief Nitish Kumar is “completely opposed” to the bill.

He advocated that migrants who entered Assam after March 24, 1971 — the cut-off date based on which the NRC of 1951 currently being updated — should not be granted citizenship.

JD (U)’s opposition to the bill has bolstered state’s organisations opposing the bill on the ground that it would threaten the demography and Assam’s identity by allowing citizenship to religious minorities especially from Bangladesh.

“JD (U)’s opposition to the bill will boost the morale of several organisations spearheading the movement to save India’s democracy and secular foundation of our constitution. We welcome JD(U)’s stand because it opposed the bill despite being an ally of the BJP. Our request is that JD(U) MPs should play a proactive role in the parliament to ensure that the bill is not passed,” anti-bill campaigner, Krishak Mukti Sangram Samiti (KMSS) adviser Akhil Gogoi said.

Gogoi said that the bill was opposed even in Nagaland and Meghalaya where the BJP shares power.

“Another BJP’s ally Shiv Sena also opposed the bill. Among the opposition, Trinamool Congress is against the bill. The message is becoming clear now that this bill is unconstitutional,” Gogoi added.

Different parts of the state, especially in Brahmaputra valley are rocked by protest against the bill almost every day since the joint parliamentary committee (JPC)’s visit last month.

The Bill seeks to grant citizenship to Hindus, Sikhs, Buddhists, Jains, Christians and Parsees from Bangladesh, Pakistan and Afghanistan who had to leave their countries of origin and took shelter in India because of persecution. The bill was placed in Lok Sabha in 2016, but faced opposition especially from Trinamool Congress MPs in the parliament. Later the Bill was referred to the 30-member JPC to seek views from different individuals and organisations.