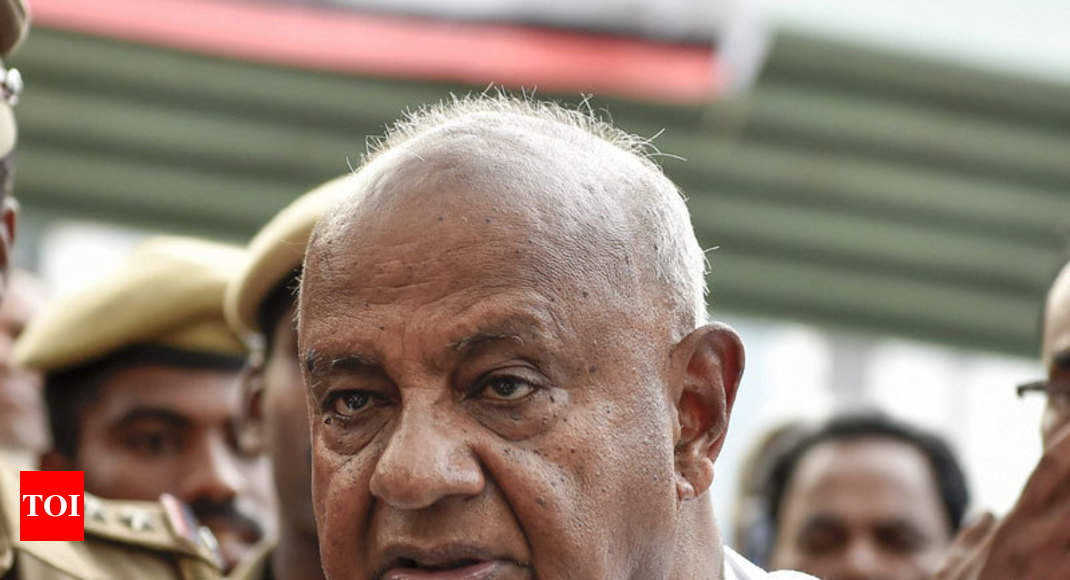 BENGALURU: The JD(S), which is heading the coalition government in Karnataka along with the Congress, on Sunday indicated that it would go it alone in the coming Urban Local Body elections in the state.

As many as 108 ULBs would go to polls on August 29 and the counting would take place on September 1.

The election is seen as the first litmus test for the JD(S)-Congress coalition government, which came into being in a post-poll alliance after the May assembly election threw up a hung verdict.

Speaking to reporters, Deve Gowda said, “You have asked whether we don’t have any adjustment (with regard to the local ULBs). There are difficulties. We don’t have any fight with Congress.”

“It is difficult to have tie-ups in so many places. We will contest the election in a cordial manner without bringing in any discord,” he said.

He also said that senior party leaders would travel across the state for four days from August 11 to 14 in order to strengthen the party base.

Yesterday, Karnataka Congress Chief Dinesh Gundu Rao had called on Deve Gowda and had a closed door meeting for more than an hour.

When contacted by PTI, Rao said, “The meeting with Devegowda Ji was informal. It has nothing to do with the ULB elections.

Tie-up for the ULB elections is a complex issue as the ground situation vary from place to place and the area is so vast that it is not possible to have any tie-up for all of them.”

“All that we want is to fight the election in a manner where the contestants from our party should not target the government,” he added.