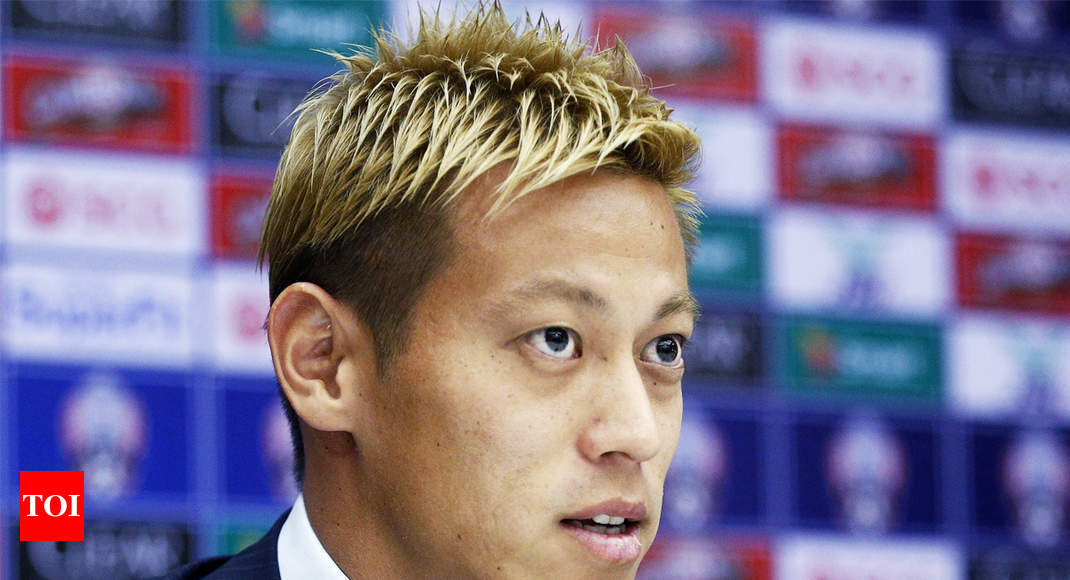 PHNOM PENH: Japanese star forward Keisuke Honda signed on as general manager of Cambodia’s national team Sunday in a move that brings high-profile talent to a much-loved but struggling side.

The unusual arrangement will see Honda, who signed for A-League side Melbourne Victory earlier this month and retired from international football in July after Japan’s World Cup loss to Belgium, work without a salary for the length of the two-year contract.

The 32-year-old striker and former AC Milan player told reporters through a translator that he was keen to assist Cambodian football and promote the country.

“I will help Cambodia develop a real playing style,” he told a press conference in Phnom Penh.

He added that he would speak regularly with the players by videoconference while working around the Australian football season and would spend as much time in Cambodia as possible outside his existing commitments.

Cambodia’s FIFA ranking sits at an unenviable 166 but in recent years the side has packed out stadiums during home appearances.

Honda is not a newcomer to the country, having launched a football academy in 2016 in Phnom Penh.

Social media in Cambodia lit up after the news, with fans celebrating the celebrity signing.

“OMG, thank you for your kindness, coming here and (helping) develop our national football team,” one user said in response to Honda’s Instagram post.

Easily recognisable with his bleached blonde hair, Honda emerged as a force in 2010 when he helped propel Japan to the last 16 of the South Africa World Cup.

He netted 37 times in 98 appearances for his country.

In July, the footballer teamed up with Hollywood star Will Smith to launch a venture capital fund aimed at helping “people in disadvantaged environments”.