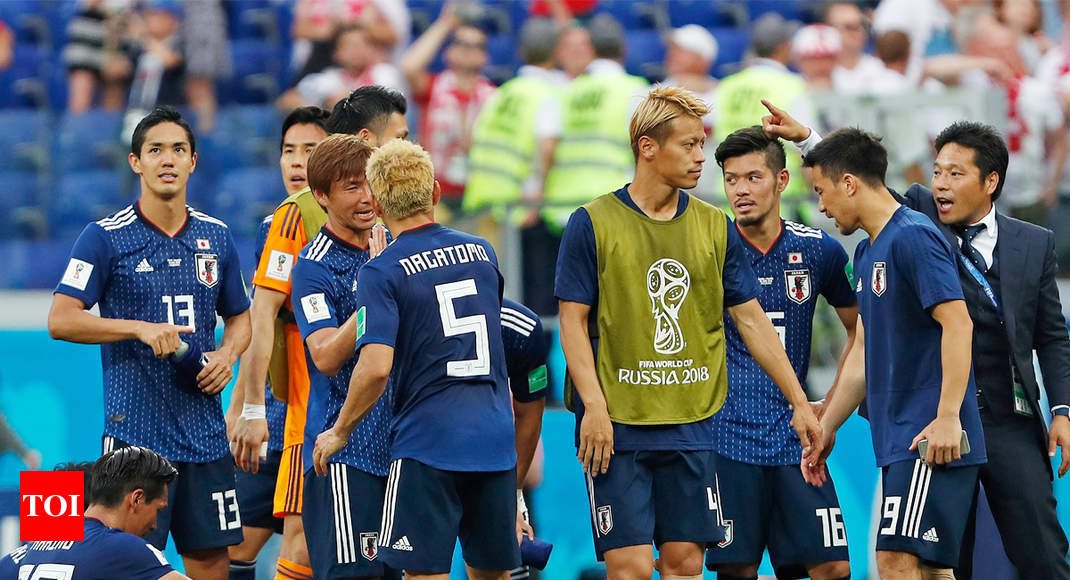 VOLGOGRAD (Russia): Japan became the only Asian side to progress to the World Cup’s last 16 on Thursday, slipping through despite losing 1-0 against already-eliminated Poland thanks to their lower tally of yellow cards, which meant Senegal went out.

The ‘Samurai Blue’ needed a draw to definitely advance to the knockout rounds after they beat Colombia and drew with Senegal in the previous two games, reversing low expectations at the start of the tournament.

Yet they still progressed in second place on account of having fewer yellow cards than Senegal, who were level on points, goal difference and goals scored with Japan, after the Africans lost 1-0 to Colombia.

Japan will now face either England or Belgium in the last-16.

The game petered out in the dying minutes in farcical circumstances with both Japan and Poland so happy with the result that they were content to let the Japanese play keep-ball in their own half.

The match was often lethargic anyway in the 36 degree Celsius (96.8 Fahrenheit) heat, but the stupor was broken at the 59th minute when Poland’s Rafal Kurzawa floated a free kick to the far post and an unmarked Jan Bednarek scored from close range.

That suggested Japan’s coach Akira Nishino had perhaps been overly confident when he made six changes to the lineup, excluding midfielder Takashi Inui, whom he then brought on in the 65th minute.

Poland were seeking to restore some pride by eking out a win against Japan and fielded striker Robert Lewandowski in the hope he could break his Russia goal drought.

The Eastern Europeans did indeed prove more combative than the Japanese, but Japan’s goalkeeper Eiji Kawashima made a spectacular save that denied Kamil Grosicki’s header right before it crossed the line in the first half.

The game took the edge off a disappointing run for Poland, who reached the quarter-finals of Euro 2016 where they went out on penalties to eventual champions Portugal.