Japan Coach Akira Nishino joked before the game that he had instructed his players to “grow 5 centimeters and gain 5 kilograms” ahead of this clash, a nod to Senegal’s physical advantage in the matchup. The opening minutes proved him prophetic.

Senegal, which started with only one striker and five in midfield, applied an energetic high press from the start. They were rewarded when Youssouf Sabaly’s shot was saved by Japan’s goalkeeper Eiji Kawashima directly into Sadio Mane’s shin and the ball bounced back into the net.

For a while it looked as if Senegal would continue dominating, but Japan eventually found some rhythm and possession. Attacking mostly down the Senegalese right, where nineteen-year old right-back Moussa Wague was constantly sucked inside, Japan got a goal back after Takashi Inui curled a ball inside the outside post from short range. 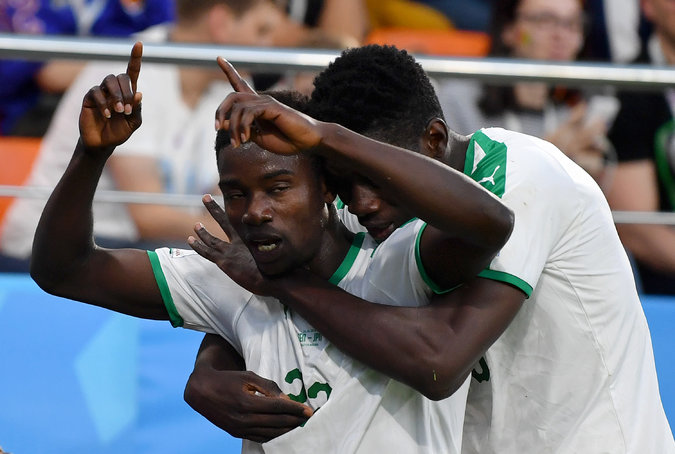 Senegal started the second half strongly, and reclaimed the lead when Wague ran onto a cross that had eluded multiple attackers and defenders and crushed it under the crossbar.

That lead didn’t last long. Japan brought on Keisuke Honda, who at that point had been involved in six of the last eight Japanese World Cup goals, and he delivered again, hitting from close range after Senegal’s goalkeeper Khadim N’Diaye failed to solidly clear a cross away from the goal

The two teams now await the result of Colombia vs. Poland, which will make the possible permutations of results clearer headed into the final matchday. But either way, each of these teams control their destiny.