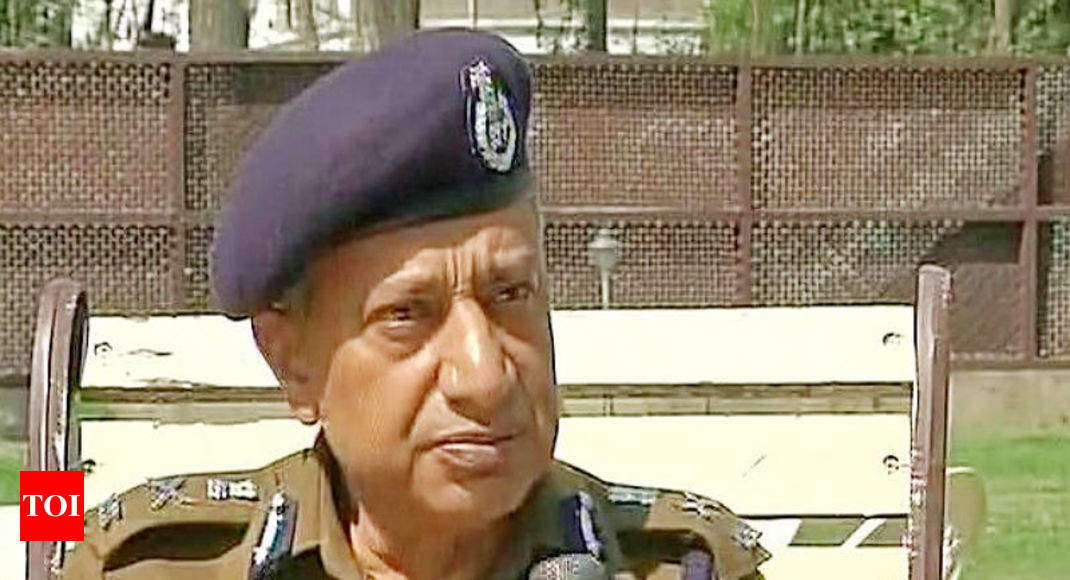 SRINAGAR: Jammu and Kashmir Police is procuring body cameras for its personnel to help the force during counter-militancy operations and law and order issues, as well as to increase transparency, Director General of the state police SP Vaid said here on Friday.

“Body cameras are a part of so many equipments which are being purchased by the Jammu and Kashmir Police. It is a technology which will help us in identifying what actually happened on the scene,” DGP Vaid told reporters on the sidelines of a function here.

The state’s top cop said apart from helping the force during law and order problems, the body cameras would increase transparency.

“Let’s say a traffic cop is challaning somebody, allegations come that so and so was drunk and he abused me or took money from me, camera will record, it will not tell lies. Similarly, during law and order (problems), policemen have to confront hostile crowd. In the camera you will see who is doing right or wrong, so it is like using technology to know the truth,” Vaid said.

The DGP said while the first priority is to use the cameras during law and order problems, they can be used during anti-militancy operations as well.

“The first priority is the law and order. If there is a need to use them during operations, we will use them,” he said.

Vaid said the process of procurement of the body cameras was on.

“The process is on. As soon as they come, first we will supply them in the cities and towns, particularly nakas, city law and order component and the traffic police,” he said.

Asked about the action on WhatsApp numbers, linked to Pakistan, being used to spread violence in the valley as found by the National Investigation Agency (NIA), the DGP said it will be good if they are shut.

The DGP also said police would proceed, under the IT Act, against those individuals who spread fake news on social media.

On the occasion, Vaid reiterated appeal to the families of the militants to ask thier children to return to the mainstream.

“I request the families once again to ask their children to stay away from terrorism which will be good for everyone,” he said.

Vaid also said the law and order incidents in the valley “have decreased” since the imposition of the Governor’s rule in the state.

In his address, Vaid said the tournament is being conducted regularly from 1998 in memory of martyrs of J&K Police to pay tributes to them.

Vaid said that an amount of Rs 1.31 crore was spent for conducting sports festivals at district, range and zonal levels during the last year.

For promoting the rural sports and other activities, Rs 40,000 each was distributed among the 193 Police Stations across the state, the DGP said.

Vaid said in order to attract more talent to J&K Police, a sports policy has been submitted to the government for consideration.

He said that Union Ministry of Home Affairs has approved two synthetic turfs for north and central Kashmir and expressed hope that the synthetic turf with flood lights would be approved for south Kashmir in the near future.